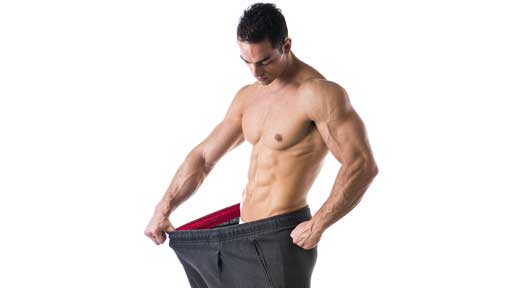 Recently statistics released to the general public revealed the shocking truth that worldwide obesity levels were at an all-time high and were still continuing to increase ever so slightly as the months went by. So can weight loss herbs help to get obesity under control. The human race getting fatter and it seems like there is no end in sight.

We’re also living for shorter periods of time, which is certainly not the way that things should be going with all of the modern medicines and medical practices available to us nowadays. People all over the world are struggling with their weight on a daily basis, many of which would do seemingly anything to lose weight so as to feel better about themselves and to be healthier and happier too.

They are also enrolling in intense boot camps, and other radical methods in an attempt to lose weight, when in actual fact, the answer to their problems could be in the form of natural plant based herbs that grow naturally in the wild. Three common examples of popular and effective weight loss herbs include raspberry ketone extract, garcinia cambogia, and natural acai extract, but what is the science behind them, and how do they work?

The name may sound odd, but don’t let that fool you, as Garcinia Cambogia is proving to be one of the most effective natural weight loss herbs in the entire world. It is basically a fruit that grows naturally in some parts of Africa, India, and in South East Asia. The reason why it’s considered so effective when it comes to weight loss is the fact that it is so rich in nutrients including antioxidants. As well as this, it is also rich in a substance known as Hydroxycitric acid, which also possesses natural weight loss benefits. Garcinia Cambogia is such an impressive weight loss aid because it has been found to not only suppress a person’s appetite, but to also boost the metabolism as well.

Raspberry ketone extract is a relatively new weight loss aid and it is already one of the most popular and most effective in the entire world. Raspberry ketones are actually natural compounds found in raspberries that are responsible for giving them their natural sweet scent and aroma. They have also been found to aid in weight loss. In theory, a person could simply consume raspberries to reap the weight loss benefits, but raspberries still contain calories and natural sugars, and on top of that, you would need to spend an absolute fortune on them and eat vast quantities of them a day. The extract however, is incredibly simple. The raspberry ketone extract works by triggering a response which tells the body to begin breaking down its natural fat cells. As the fat cells are broken down, body fat is metabolised, converted into energy, and is never seen again.

Last on the list is another fruit, this time a berry known as the Acai berry. Acai berries originate from central and southern America and have been found to be not only taste great, but to also help aid in weight loss. For this reason, experts have now been able to extract all of the nutrients and weight loss boosting ingredients, and turn them into a weight loss supplement. The main reason why Acai berry extract is considered so beneficial for weight loss, is the fact that it is jam-packed full of antioxidant properties and anti-inflammatory properties that have been found to boost the metabolism and to increase circulation.