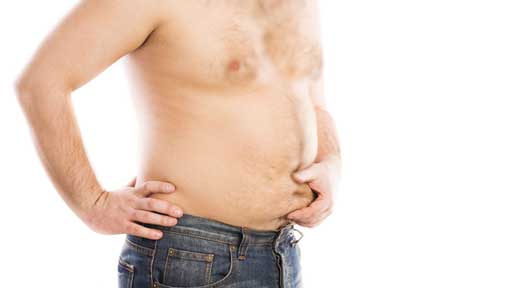 Well, the summer may pretty much now be over for many of you, which means that longer nights and colder temperatures are not too far away. During the colder months of the year, many of us gain weight because we’re less active, and because we wear more clothing. During the summer we hit the gym in order to get that so-called “beach bod” that so many of us aspire for, but the truth is that only a select few of us will ever attain the body of our dreams. Losing weight is hard so how the thermic effect help us to lose weight.

Lose weight with the thermic effect

If you’ve been dieting over the summer and have been making good progress then don’t stop now just because the weather is turning. Don’t use that season as an excuse to undo all of your hard work. Obviously the longer we diet the harder it is for us to lose weight, but that doesn’t mean that it’s impossible, we just need to have a few tricks up our sleeves. One strategy which has been generating a great deal of extremely positive results is one known as the thermic effect, and it has been proven to significantly aid in weight loss.

What is the thermic effect?

When it comes to losing weight, people think that we only really burn calories when we exercise and become physically active but that is not the case. The truth is that the body is constantly burning calories every single second of the day, only in very, very small amounts so we don’t really notice. In order for our heart to pump blood around our body, our bodies need to burn calories in order to generate the energy required for this process.

When we consume foods, we actually burn calories when we digest them, which is where the thermic effect comes into play. The thermic effect is sometimes referred to as diet-induced thermogenesis and basically refers to the process of increasing our metabolisms and metabolic rate when we digest the foods which we have just eaten. So, in basic terms, it talks about how many calories the body burns off when digesting our food and extracting all of the nutritional value from it. Some foods however, are more thermogenic than others.

Protein is probably the most highly thermogenic food you can consume, providing of course that it is from good quality proteins. High protein foods, lean red meat, salmon, chicken breast etc, are highly thermogenic, which means that the metabolism increases whilst the body digests these foods and extracts the nutrients from them. As the body struggles to digest and break down good quality protein sources, it also helps keep you feeling full for longer, which means you’ll be far less tempted to snack due to the fact that you won’t be hungry.

High fiber carbs have also been found to have a thermogenic effect on the body due to the fact that the body struggles to digest and break down the fiber found in these foods, thus having to burn more calories in order to work harder. Oatmeal, brown rice, wholemeal breads, sweet potatoes, and many fruits are great examples of highly thermic high fiber carbohydrates.