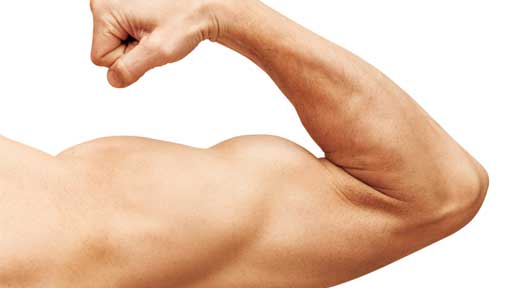 Cancer, it’s a word that none of us ever want to hear, yet also a word, and more importantly, a disease, which will have affected all of us in some way or the other, in this article we are going to look at how testosterone to help fight cancer. There are multiple different types of cancer, and when it comes to common ones, especially in men, unfortunately prostate cancer is up there as one of the most common strains of cancer. Now, when it comes to masculinity, testosterone is a key hormone in males as it is the dominant male sexual hormone responsible for aggression, strength, muscularity, athleticism, fertility, libido, and much more.

Studies have also found that those with higher testosterone levels than average, will also be at a much greater risk of developing prostate cancer in their lifetime. With that being said, the last thing you’d expect experts to do to help combat prostate cancer would be to use testosterone injections in prostate cancer patients, but that’s exactly what they are doing, and it is proving extremely effective as well.

Numerous studies have been revealing for decades, that reducing a person’s testosterone levels could help to drastically slow the progression of prostate tumors in the body. In fact, one method of treating prostate cancers that have spread is to chemically castrate the patient and cut off their productions of testosterone and other similar hormones. The problem is that the cancer quickly adapts to these changes of low levels of hormones, and continues to grow and spread. Recently however, experts have revealed what could be a breakthrough in prostate cancer treatment, using none other than the hormone that they believed to have been partially responsible for the tumors appearance in the first place.

They found that the types of cancer cell that thrived in low levels of testosterone, following chemical castration, actually died when they were exposed to high dosages of testosterone. Experts believe this is because the addition of this hormone actually disrupts the DNA duplication processes of the cells, leading to fractures within the DNA, which often prove fatal for cancerous cells. This evidence suggests that increased dosages of testosterone could actually prove extremely beneficial when fighting against cancerous tumors.

Putting the theory to the test

In one study, 16 men suffering from prostate cancer were tested to see whether or not testosterone injections were actually beneficial or not. The men still received chemical castration treatments for the cancer, which is designed to reduce male hormone levels. The difference however, is that every 28 days, they would receive a testosterone injection designed to increase their test levels to well above average. Overtime they would decrease until they were back to what they were during the chemical castration process.

The reason for this, is that just like the body, the cancerous cells quickly adapt to their environment, so by gradually altering the testosterone levels, the cells don’t know whether they’re coming or going. Out of the 16 men, 2 left the study because of side effects, 7 appeared unchanged, meaning they didn’t benefit from the injections, but in the remaining 7 men, their tumors did actually shrink and respond positively to the test injections. Over time however, as the cells began to adapt once again, the results began to decrease, but even so, it is extremely positive and at the very least it could help extend the lives of cancer patients.