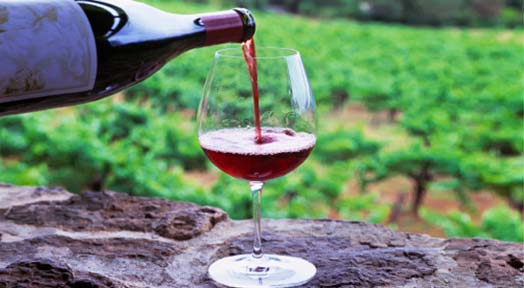 We all like a nice tipple from time to time don’t we? The answer for most people is an emphatic yes, as millions upon millions of people like to sit back and relax with a nice glass of their favorite wine. The wine business is a big money one, which generates billions upon billions in cash revenue every single year. Whether it’s a fine Merlot or a Pinot Noir that tickles your fancy, or simply a cheap glass of white or red wine from your local convenience store, you can rest assured that you’re not the only person to enjoy that particular tipple. So, then, if wine generates so much money, and is so popular, how come there are rumors floating around about a worldwide wine shortage heading our way? Well, in this article, we’ll do our best to answer that question, and to give you a little insight into what exactly is going on. So, without any further hesitation, let’s get started.

Is there a worldwide wine shortage heading our way?

To be completely honest, we can’t answer that question for certain, because we simply do not know, and neither does anybody else. To know for certain, would require the ability to see into the future, and nobody on earth has that ability unfortunately. Despite this, it has to be said that there are very strong indications that a wine shortage could be very possible in the near future, for a whole host of different factors, which we’ll be looking at next. Before we do that however, it’s worth mentioning that nothing is set in stone, and nothing is certain, and there is no indication of how severe, or indeed, how meek this wine shortage might be.

So, what’s to blame?

There are a number of factors being blamed on this potential shortage. One of which is down to the fact that vineyards all over the world simply can’t keep up with the pace of which wine is consumed worldwide. With wine demand ever increasing, vineyards just simply can’t produce enough wine to keep up with the high demand. Not only that, but environmental factors also play a huge role in determining just how much wine is being produced. With climate change and poor weather becoming more and more frequent, growing conditions for the delicate grapes used to make the wine are simply not adequate enough. Last year in 2012, the world witnessed the biggest shortfall in wine production in over 40 years.

On top of that, since the global financial crisis is not too far removed, many vineyards and suppliers simply had to sell up and cease production as they just couldn’t afford to keep their businesses. Despite this, there are some positive signs as many experts are now coming to the conclusion that things may not be as bad as they might have feared. Only time will tell, but we wouldn’t advise you to stock up on wine supplies just yet, as there is strong evidence to suggest that the predicted wine shortage may not occur, or may not be as bad as once feared.