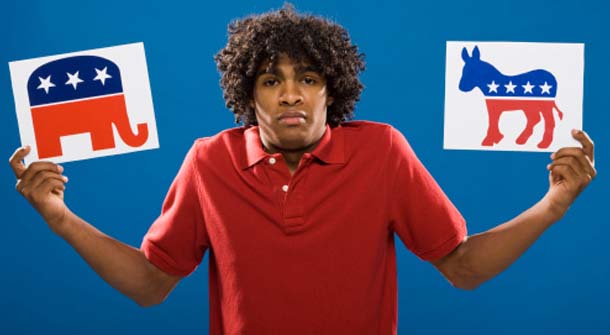 This coming November, America has a new presidential election. But have you ever wondered how it works exactly? this is politics for beginners.  Who are you actually voting for when you select a candidate? What are the basic facts about American politics that determine who wins and who loses?

Politics for Beginners, What you need to Know

The Constitution & The Three Branches of Government

Politics for beginners to understand, The United States of America is a federal constitutional republic, which means all the government system is established in a written document, called the Constitution. According to its principles, there is such thing as ‘separation of powers’, and that is why there is an executive branch (headed by the President), a legislative branch (the Congress, the Senate and the House of Representatives), and a judicial branch (the Supreme Court and lower federal courts). These three branches are operated independently so that every branch of the government is accountable to the other branches.

Every fourth year, a new President is elected. Last election was 2008, and the next is November 6th where a new President will be announced (or possibly the current President will be elected for a second term.) Presidents are only able to serve two 4-year terms as a President, whether consecutively or separated by one or more terms. The Presidential candidates must also adhere to the rules and regulations of the Presidency which are: a natural born citizen of the United States, the candidate has lived in the US consecutively for the last 14 years and is at least 35 years old.

Ever since the end of the 18th Century, the country has been run by two major parties: the Republican Party and the Democratic Party. There are other smaller parties as well such as the Libertarian Party, the Socialist Party, the Green Party, the Constitutionalist Party, etc. But they have technically no chances of winning the election due to the fact that more than 90% of the votes go to one of the two main parties. The main candidates for the Presidency this year are the current President Barack Obama for the Democratic Party and the Republican candidate Mitt Romney from Massachusetts.

You can vote after registering, and for that you must be at least 18 years old, a citizen of the United States and meet the residency requirements of your state of residence. However, you do not vote for a presidential candidate: the President is elected indirectly, because it is the Electoral College representing each state that chooses the next President. The total Electoral College vote is 538 and to become President, a candidate must win at least 270 electoral votes or more to become the Presidential Elect.

Tune in and Stay Informed

The election has been in a fervor for nearly two years now as candidates vie for favor from all over the US, hoping to secure votes in the coming election. Some of the biggest issues that have been discussed in presidential rallies are the US debt, healthcare reform and the current state of unemployment in America. The result of the election is still up for grabs as both Barack Obama and Mitt Romney battle it out in the swing votes states. In the coming months that battle is sure to get even more heated as Election Day comes closer.