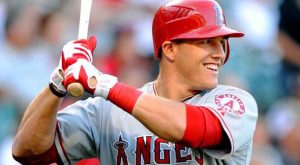 Mike Trout, the American League Rookie of the Year last year, will earn $510,000, just $20,000 above the major league minimum salary for veterans. Craig Landis, Trout’s agent, was seeking a raise from the Los Angeles Angels for one of baseball’s newest stars. Landis had asked Angels’ management to compensate Trout for his remarkable 2012 season in which he hit 30 home runs, had 83 RBIs and led the majors with 129 runs and 49 stolen bases.

The Angels’ organization responded by renewing Trout’s contract which results in a raise of just under $30,000. Trout made $482,500 as a rookie last year when he finished second to Miguel Cabrera in the balloting for the American League Most Valuable Player. The move is perfectly within the rights of the Angels’ organization, although a move like this has the tendency to alienate players and agents.

While Landis has been raising a commotion about the unfair treatment of his star outfielder, Trout will have nothing to do with it instead focusing on what he does best – playing baseball. The former East Carolina University star has his eyes on helping his team get to a World Series.

Players with fewer than three years of major league service, like Trout, have no leverage in contract negotiations and most will make somewhere near the league minimum, which now stands at $490,000. If a player and a team cannot agree on a new deal, the team has the right to renew a player’s contract at or near the league minimum. It’s a procedure well within the confines of Major League Baseball’s collective bargaining agreement. The Angels, while very high on Trout, also understand the need to stay alive as a business and while Trout’s deal may look like a slap in the face, the Angels are a business and will continue to operate as such.