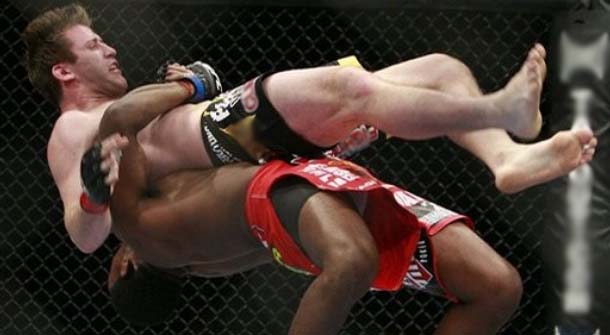 In an attempt to salvage UFC 151, UFC President Dana White offered to give Lyoto Machida (18-3) the rematch he’d reportedly been looking forward to. Machida declined to step in so the fight was offered to former middleweight title challenger Chael Sonnen, who gladly accepted.

And just like that, UFC 151 became the first UFC event to be canceled since Fertitta and White took over the promotion 11 years ago. Days later it was announced Jones would face Vitor Belfort at UFC 152 on September 22 in Toronto, Canada.

On his Twitter account, the 25-year-old Jones expressed regret in regards to the UFC 151 debacle as he tweeted, “Carrying the cross for my company's decision. If someone has to take the blame, I will accept full responsibility for the way UFC 151 was canceled. I want to sincerely apologize to all the other athletes/fans whose time and money was wasted. I feel terrible about the way that was handled."

Although the cancellation of UFC 151 has irked many, there are other MMA fans who’ve actually called it a blessing in disguise. This group has argued that the cancellation of the event has lead to the vast improvement of UFC 152, a card which arguably didn’t merit a pay-per-view date in the first place.

It is difficult to argue with at least part of that argument since the newly revamped UFC 152 card now looks stacked from top to bottom.

Whether or not Belfort can test Jones is an entirely different story. However, as is customary, he will definitely come prepared aiming to shake up the MMA landscape. Lucky for MMA fans, UFC 152 is only less than three weeks from the originally scheduled September 1 card. Patience is a virtue.