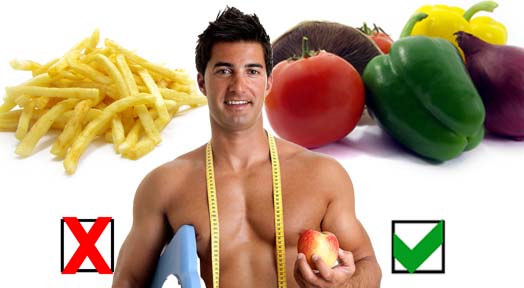 People say that you ‘are what you eat’ and although at first thought it does sound complete nonsense, when you think about it a little harder, in reality it makes more sense than you may have realized. If a person eats a diet rich in unhealthy junk foods, foods packed full of salt, sugar, preservatives, chemicals, flavorings, unhealthy fats, and who knows what else, they’re going to look and feel just like the food they consumed – junk. They will be overweight, they will be spotty, their skin will be pale, they’ll feel bloated, gassy, tired, lethargic, unmotivated, and generally unhealthy. If a person consumes fresh, healthy, natural, and nutrient-rich produce however, they will tend to look and feel great. Some foods however, are far unhealthier than others, which you should eliminate from your diet, or at the very least only consumed on very rare occasions.

Many artificially sweetened beverages are marketed as “diet” drinks because they don’t contain sugar. In reality however, what they do contain is far worse, as artificial sweeteners are absolutely appalling for our bodies. Aspartame is the most common chemical sweetener, and this has been found to be carcinogenic (causes cancer) as well as generally unhealthy as it can cause headaches, mood swings, depression, a decreased metabolism, a weakened immune system, and more. Drink fresh, natural or filtered water instead.

French fries, either frozen or purchased from restaurants or fast food outlets, are extremely unhealthy for us. The reason for this is the fact that as they’re sliced so thinly, they have an increased surface area. As they have an increased surface area, this means that they absorb more of the greasy oil that they’re deep fried in. As if that wasn’t enough, they’re then coated in excessive amounts of salt, which can lead to hypertension, strokes, heart disease, and heart attacks.

Potato chips are one of the most unhealthy snack foods you could ever consume. They’re made from sliced potatoes that are then deep fried in oil, and again, much like French fries, as they’re sliced so thinly, their increased surface area means that they absorb a great deal of the fat they’re fried in. They’re then treated with preservatives and artificial flavorings before hitting store shelves, which means by the time you get to eat them. They’re swimming in trans fats and harmful chemicals that offer little to no nutritional value in the slightest.

We know that loving bacon is the latest “in” thing to do, but unfortunately, whether you enjoy bacon or whether you just buy into the hype, it is one of the most unhealthy cuts of meat currently available. Bacon is made from fatty cuts of pork meat, it contains naturally high amounts of salt and it is often cured in even more salt before being injected with water, salt, sugar, and chemical additives before being sliced. Studies have found that bacon can increase your risk of diabetes by 19 percent, and your risk of heart disease by 42 percent, so if you do love your bacon, it may be best to only save it for special occasions.