Call or Text: Which One is Better for Communicating? 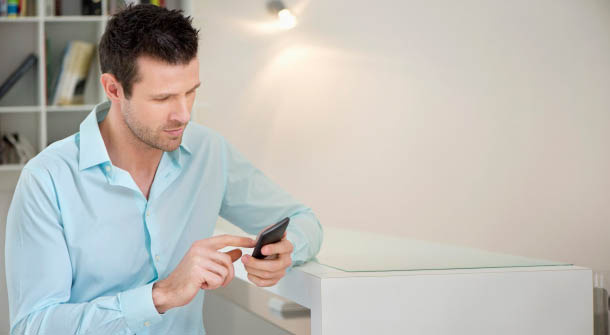 Just a few years ago calling was the thing to do, no question about it, but in the age of texting, the question of whether to call or text becomes a little murkier. In recent years calling has declined so much that some individuals rarely make calls at all; simply texting their communication with friends and family. Calling from both landlines and mobile phones dropped a whopping 10% in 2011 while texting rose an estimated 15%, especially in teens. Because of all this the question of whether texting or calling is better for communication comes up.

Call or text which one is better for communicating

Calling – What are the Pros and Cons

For some people calling is the way to go; it offers them a chance to have a real, live conversation with another person where the conversation moves at a crisp pace, requiring both parties to participate in an exchange of ideas and opinions that stimulates the conversation. On the other hand some people find calls to be a bit stifling, being required to always have something to say right then and there or there is the dreaded silence that brings out an awkward feeling. Calling for some can also require a bit more emotional availability that makes things more complicated, turning a phone call into a round of torture as they struggle through the conversation.

Texting – What are the Pros and Cons

Though it feels like texting has been around forever, it is basically in its infancy. Texting as a global form of communication has only been around for about a decade with it being offered sparsely to certain cellphone plans before that. The younger, more technologically savvy individuals often prefer texting over calling simply because they are comfortable with it and can keep up long conversations throughout the day. When it comes to texting, a text can be a fairly impersonal thing or it can be just as valid emotionally as a phone call; it all depends on the people doing the talking. Some find texts to be restricting on a conversation, filling it with short and random bits of information that can be out of context and therefore prefer calling instead. Oftentimes, older individuals with a long history of calling the people they want to talk to prefer calling simply because they feel it can add a personal touch.

The Obvious Answer isn’t so Obvious

When it comes to calling Vs. texting you would think that there would be an obvious answer, but there just isn’t. Every person is different and they react to various forms of communication differently; some might prefer calling for the more personal feeling behind such as conversation while others prefer texting because you can text back and forth easily without interrupting other activities too much. There is no obvious answer or a set standard for which can offer better communication as everyone communicates differently; making some forms of communication better suited for certain types of people. When trying to figure out which offers better communication abilities instead of thinking about which form to use, think about who is going to be talking and how they best communicate.