Reasons Why She Will Never Called You 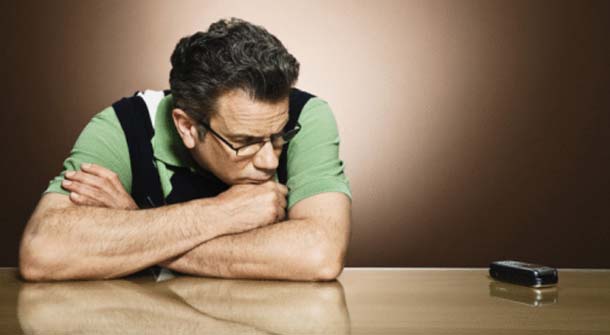 Reason she never called, So here’s the scenario the two of you meet in a club or at a party and ended up sharing drinks, laughing together and having fun. Later that night, you exchanged phone numbers. Three days later, she still has not called you back. If you are stuck in the limbo of nothingness waiting, and waiting and waiting still until you realize that she never called. Read here for some great advice.

Reasons why she never called

While that can be a big blow to your ego, there are several good reasons why that happened. People say that girls are from Venus and men are from Mars and that is why it is very difficult for the 2 genders to understand each other. Well guys, this is your chance to delve into the mind of women. Just be ready though because some of the things that you will discover just aren’t the easiest things to hear.

The first possible reason why she never called you back is that she just wasn’t that into you. Sure, she may think that you are fun to hang out with for a night but you are not the type who she thinks she can spend hours with. Don’t get me wrong. It’s not necessarily because she thinks you’re no fun at all. She spent some time with you a couple of nights ago, didn’t she? It could be that there just isn’t any spark or she thinks that the two of you are far too different to get along. It might just be one of that easy night’s feel, where one erases or leaves behind the tough stressful days behind for a friendly night chatter with a stranger.

Were you the problem?

The other option is you took your sweet time giving her a call after the two of you met. Sure, she has your number, but every woman would feel like a princess if the guy made the first move of calling her. Maybe it took you forever to gather up your courage or you were far too busy the past couple of days but none of those excuses are valid for a woman. She will interpret your silence as lack of interest on your part so if you didn’t call, she is either trying to save her ego by giving you a taste of your own medicine or tough luck, she may have met someone new (who called her right away) within the time that you were missing in action. Let’s face it, how hard can it be to reach for that dial and call up with an enthusiastic voice asking how things are doing and if she remembers the time, you exchange numbers.

Was she really that into you?

The third reason is that she may have given you her number for a totally different reason than the one you are thinking of. Guys can be so egotistical sometimes and think that when a girl gives her number, she’s in the bag. Well, here’s a little trivia. Nothing can be farther from the truth. Girls are sensitive beings and she may have given you her number just to be polite and as not to hurt your ego. After all, it is easier to just ignore your calls than to tell you straight out that she just does not like you half as much as you think she does.

Who the hell knows, maybe it’s just time to move on.

Fourth, maybe she doesn’t want you to just call. Maybe she is expecting you to step up your game and go visit her in person. Some girls play hard to get just so they can have you where they want you. It all differs from one girl to another, but the lesson to be learned from all of this is, if you don’t like being in this situation, then do something about it.