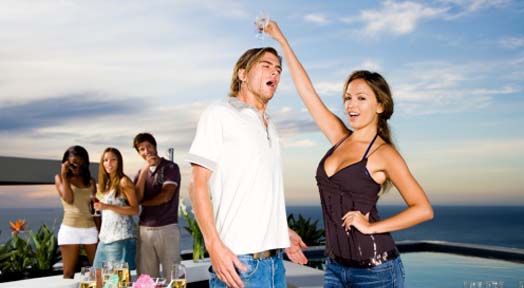 Things you never say to a woman, Both men and women can say some really out of place things on occasion. The majority of the human race has gotten pretty talented at putting their foot in their mouth. Yet, there are some specific things you never say to a woman. If you remember them and master avoiding them your life stands a greater chance of being much happier overall. There are a lot of things that could have been put on this list, but these are the five greatest offenders that must be avoided. Read them, remember them, and never ever say them to a woman.

Five things you never say to a woman ever

It has to be quite obvious by now that this is really not a good thing to say to a woman. Still, there are some guys who still do not realize that this is the wrong thing to say. The times of being “pretty hot and tempting (PHAT)” have gone by, so don’t think you can get away with it by using that old excuse. No matter what the size and shape of the woman is, never tell her she looks fat.

She might not like her mother either, but it just is not something that you say. Let the family members work out their own issues. Mother-in-laws have become notorious for giving couples problems. Take the high road instead.

There is just about nothing that irritates a woman the most than being told by a guy that he is ‘the man’. First of all, they are ready know what sex you are. Secondly, it is very egotistical and real women know that it takes a lot more than a male body to be a real man. In other words, the more you say this the more they will disagree.

Some old-fashioned ideas are great, but others need to be left in the past. Every woman wants to be her own woman and not be told what she should be doing just because of her gender. There are women working in every career path, so if you are still behind the times you need to catch up.

5. My Ex did things this way

If the woman in your life is someone you really care about, you will never say things like this to her. The very first response to this saying is naturally that you should have stayed with the ex if you liked them so much more.