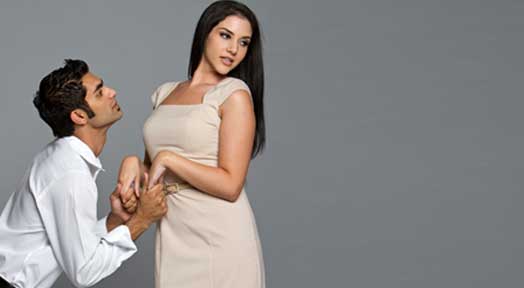 As men, it’s common for us to flash with anger in response to rejection or disappointment. Add the judgment of our peers and a little alcohol to the equation and it is understandable why so many men torch the women who turn them down. That doesn’t, however, make it excusable.

Rudeness never stop anyone from rejection.

But more than that, allowing that anger to overtake you actually hurts your long-term chances at finding, meeting, and dating someone special.

The problem of you flashing over with anger.

You start conditioning yourself to look at dating as an adversarial contest with a winner and a loser. Over time, you become the kind of guy that looks to win at any cost – which leads to dating the women that respond best to tactics rather than real connection. You end up dating someone that’s really not right for you and you cycle through one girl after another.

Getting shot down is a natural side effect of the dating game.

The best you can do is not let it change who you are fundamentally. Try being sincere when a woman turns down your offer to buy her a drink; tell her “maybe next time” and move on. Or, if you do run into a particularly reactionary female, ask her (politely) what you did to offend her. Then, actually listen to what she has to say, and consider adjusting your approach accordingly.

You might find that your buddies are what stands between you and a great girl.

In which case, you may want to set aside time with the guys that doesn’t coincide with time out meeting ladies. Keep your head and your manners about you, and you’ll quickly be remembered as “that really good guy” – which has a tendency to draw women towards you rather than push them away.