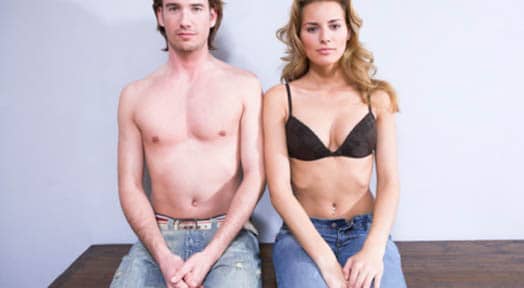 For most men they won’t any sex deal breakers where they would be turning down sex in event that occurs rarely throughout the course of their lives. In fact, for most of us the idea never crosses our minds. Why would we turn down the act we try so hard to achieve through years of studying what turns women on?

What are your Sex Deal Breakers?

If she doesn’t keep the kitty clean

For example, if a girl flirts with other guys it may not necessarily mean you won’t sleep with her. After all, if you are not really interested in being with her on a long-term basis then you probably won’t care who she flirts with. But, if a girl has improper hygiene then she might find herself on the receiving end of a white lie that helps you get out of being with her. Some men like to use the “I’m not feeling well” lie to avoid going down on a girl if she smells bad. In reality, if a girl can’t take care of herself why should you want to sleep with her?

We cannot leave out the horrible lay. Just like some men are terrible in bed some women don’t know what the hell they are doing. Just because you have a vagina does not mean it guarantees that you are amazing in bed. We like a woman who isn’t afraid to do a little work during the process. As men we constantly get a bad rap for being sloppy lovers or never making our partners orgasm, but women can be just as bad. A big deal breaker is a woman who is hot but a cold fish in bed because she assumes she doesn’t have to do anything because of her looks. Wrong! Give us an average girl who can rock it and we are much more likely to enjoy sex with her than with a hot girl who is boring.

So in summary, if a girl has poor hygiene, has an annoying sex voice, or is terrible in bed then we would consider those to be sex deal breakers. We call on men everywhere to unite and refuse to endure bad sex. You don’t have to gentlemen, so set your standards high and be the man you know you are!