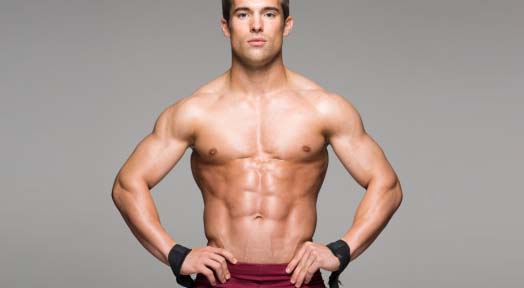 The body’s natural ability to burn calories after successfully completing a workout is generally referred to as Excess post-exercise oxygen consumption (EPOC) or simply within the fitness industry as the popular afterburn effect. In basic terms, what EPOC means is that the metabolism rate of the human body will remain in an elevated state afterburn workout allowing a continuation of the calorie-burning process to effect a greater level of weight loss.

What is the afterburn effect?

afterburn workout Scientific research as with most observations in today’s society has for some time provided fitness enthusiasts with a series of conflicting results and sometimes unfounded recommendations as to the afterburn effect and its relevance to weight loss. This uncertainty has led to a number of questions on the significance of the afterburn effect and its contribution to weight loss.

How to trigger the afterburn effect

Ever find yourself sweating post-workout even after you hit the shower and change into dry clothes? Well, then you have felt the elusive afterburn effect. Many fitness trainers have based a number of training principles to maximize the number of calories burned. During and after completing the workout or post-exercise. Here are a few tips on how you can master the after workout calorie burn too.

Most trainers as a primary rule have will make it a point of duty to set specific training zones of selective exercises to be performed at various intensities based in the maximum heart rate of the selected individual. This is typically done to ensure that the person training does not exceed their physical limitations by placing an excess amount of pressure on the heart, muscles and joints.

Two of the most effective methods of training shown to induce an afterburn effect are resistance and cardio exercises. While some may contest that more calories are burned during the typical cardiovascular aerobic exercise others will attest to the effectiveness of resistance training in offering a higher afterburn.  For an effective workout however many of the gym instructors in their workout programs will schedule a combination of both types of training to yield better results through a higher rate of calorie burn.

Increasing the duration of the exercise workout has additionally been proven to produce an increase in post-exercise oxygen consumption. During a previously conducted scientific study in which it was observed that the value obtains showing a post calorie burn of 190 kcal; the exercise used to conduct the research was performed for a duration of 45 minutes. Most individuals when training at a rate of 60 to 85% of their maximum heart rate to the point of failure where you cannot physically perform another rep. Those using this method have found that training at such intensities has been sufficient to generate an intense sweat to effect the suggested afterburn effect to burn calories post the exercise workout.

Scientific research has additionally discovered that post-exercise oxygen consumption is higher in the average beginner or individual of a lower level of training experience. So it goes to show you that no matter your experience level the exercise you do can stick with you long after your workout is done.