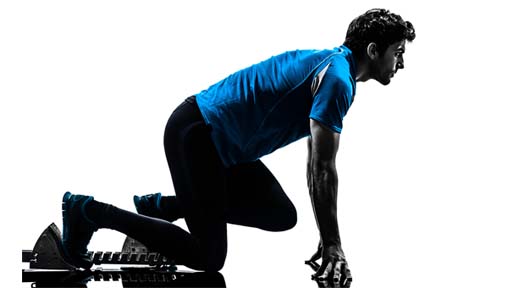 Professional runners and athletes continue to conquer their goals and set new barriers and records for true speed and stamina workout. Feats that once believed to be absolutely impossible are now achievable. Many trainers outside these events who were privileged to witness these breathtaking events have often wondered what contributing factors were made possible to achieve such peak performance. Also how they might implement these attributes to enhance the performance of their own athletes.

Speed and Stamina workout Tips to Enhance your Training

We all know that genetics without a doubt plays a vital role in the performance of an athlete, however by manipulating training and nutrition to increase the peak oxygen uptake or VO2 max trainers have been able to boost the lactate threshold to maximize the speed and stamina of their athletes.

Relative to the known fitness level of any individual a workout categorized by increased training volume and intensity is one of the most common ways to increasing the maximal rate of oxygen consumption by as much as forty percent bearing in mind that athletes who experience as much as ten percent increase in their VO2 max have been known to shorten the time taken to run a 5K marathon by at least sixty seconds.

Interval training has been known as one of the most interesting and stimulating method of training athletes and especially marathon runners to get the most out of their runs by increasing their speed and endurance. Trainers who have customarily trained their athletes using a form of interval training have been able to successfully increase the anaerobic and aerobic capacity of their runners to increase their explosive power and endurance during an event.

Most runners have learned that one of the easiest ways to include interval training into their training routine is to perform steady intervals alternating equal times of low and high frequency runs. This is often achieved by beginning the workout with a fifteen to twenty warm-up period starting off with a brisk walk to a slow jog followed by a full out run.

Beginners who are for the first time performing interval training will need to train their bodies to adapt to the stress of the high intensity intervals by running at full speed for sixty seconds followed by a slow walk or light jog for two minutes. For the most effective results it is strongly suggested that this should be repeated eight to twelve times each workout session for two to three weeks until your body adjusts to the rest times, then gradually lowering the slow walk times to the same amount of time spent during the high frequency run to a 50/50 burst. Always complete your warm-up routine with a twenty to thirty minute cool-down session from a run to an easy jog followed by a slow walk.

It’s no secret that Pyramid interval training has traditionally been used by professional cyclists in their training to boost their cycling speeds and endurance by challenging their bodies at a variety of levels. A traditional Pyramid workout begins with short bursts of exercises performed at high intervals until the longest period of the workout is achieved mid-way the workout then gradually lowering the intensity by performing shorter bursts before the cool-down. You should be seeing a mental image of a pyramid right about now. Pyramid intervals are slightly more complicated than a typical fixed interval training workout so to better benefit from this form of training you’re definitely going to need a stopwatch to closely monitor your training times.

Cross Training, adding weight training to your exercise workout is another useful tip for increasing your stamina and speed during the run by forcing the body to utilize the oxygen in an efficient and productive manner during the activity. When training using this method it is often suggested that you train using free weights in addition to a number of strength training exercises two to three times each week.

Finally swimming after a hard day’s work or as a form of cardio activity performed after the exercise workout offers the benefit of a high-end full body workout targeting the upper body muscles often neglected in most runners for greater endurance and enhanced calorie burn.