Biceps Workout For Men To Add in To Your Biceps Fast 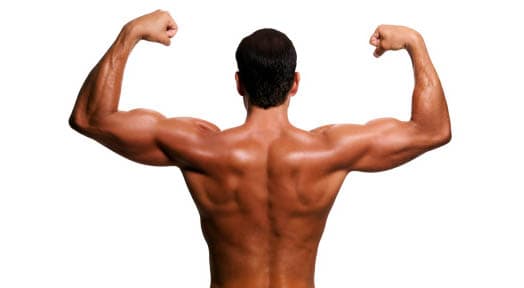 There are several biceps workouts routine for men that have been proven successful in developing biceps muscles for many athletes and fitness professionals. Most of them using a wide range of exercises and workout routines. However, you can add inches to your biceps fast through a series of short training sessions performed routinely once per week. All of which can lead to an increase in muscle build of the bicep muscles within just a few weeks.

This specific biceps workout routine for men is typically performed using two specific sets of exercises; the band pushdowns and the band curls. Both these exercises are performed in a high impact training workout by performing band pushdowns for a minimum of thirty seconds followed immediately by band curls for an additional period of minimum thirty seconds to complete one set. The time between each exercise set is observed as a two minute rest period. During the first two weeks the individual is required to complete two sets of each exercise, increasing to three sets in the third and fourth week followed by four sets in the fifth and sixth week.

Elbows should be firmly placed at both sides as you drive both hands towards the waist, locking both arms and rotating the hands slightly in an outward direction.

This position is held for a single count before returning both hands to the starting point and positioned just below the chest.

This motion completes a single rep of the exercise.

This exercise workout has been observed to produce the best results when done at high impact in reps of 60 within a thirty second period. However, the intensity can be effectively lowered for the beginner by using a lighter band if the workout becomes too stressful.

The band curl exercise is one of the best exercises to add inches to your biceps. It can be performed by attaching a resistance band to the end of an E-Z bar found at your local gym with the use of the resistance band placed securely under the foot. By taking the bar and placing the foot in the middle of the bar you should maintain an upright position with a supinated grip on the E-Z bar. Both elbows would be positioned close to the chest prior to beginning the exercise.

Ensuring the arms are kept in place flex your elbows to perform the curl exhaling while lifting the weight. Proceed with this motion until your biceps become fully contracted and the bar at shoulder level. Maintain this position for one count squeezing the biceps muscles as hard as possible. Gradually lower the E-Z bar to the start position inhaling while completing the motion.

This exercise can additionally be performed without the use of the E-Z bar by firmly gripping the resistance bands in a similar supine position and completing the motion.

This exercise additionally should be performed as a high impact training for 60 reps within the 30 second period.