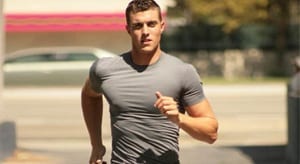 One of the highly debated topics among fitness professionals and enthusiasts surrounds the topic of cardio training on an empty stomach. There are those who theorize that fasted cardio is a more effective means of burning calories while others are of the firm belief that cardio fasting limits the body's ability to effectively burn calories as well as decrease performance.

The human body effectively utilizes two main sources to generate the necessary energy to affect contraction of the muscle tissue during the exercise workout. These two sources are commonly viewed as fats and carbohydrates, normally consumed by the body respective to the diet. For the individual to effectively perform the exercise workout at a moderate to intense frequency to promote calorie burn and weight loss, a minimum of sixty percent of the energy required is obtained from glycogen with the remaining thirty percent gained from fat.

Energy stored from carbohydrates are consumed by the body whenever the individual fasts or has undergone several hours without replenishing their fuel resulting in the decomposition fatty acids in the membrane bound Mitochondria where it is used as an alternative source of energy.

In a recent study conducted on the effects of the fasting cardio burn, six men were observed before and after completing a cardio training exercise which included cycling for a duration of sixty minutes at a light to moderate pace. The six men prior to the training split into two groups in which group one fasted the night before performing the training, while group two an hour before performing the cardio exercise consumed 0.8 grams/kilograms of glucose to replenish their levels of glycogen.

After completing twenty minutes of the cardio exercise it was observed that group one who were subject to fasting experienced a higher rate of calorie burn than the group consuming the glucose. Upon completing the sixty minute workout it was additionally discovered that group one in addition to showing an increased rate of calorie burn also experienced a higher concentration go free flowing fatty acids in their blood during the entire workout showing an increase in calorie burning ability during to the cardio exercise.

The results obtained respective to the previous study showed an increase in calorie burn when performing a light to moderate cardiovascular activity. Conclusive scientific research has shown that individuals who burn calories during their exercise workout will burn less fatty tissue during the remaining part of the day. The weight loss process respective to exercise is not instantaneous but instead occurs a few days after the workout or post exercise.

The after burn effect

This post exercise calorie burn is traditionally referred to as the "after burn effect" resulting from an elevation in the metabolism level of the individual for an extended period of time after performing the workout. This is a critical point to the effectiveness of the fasted cardio burn workout as although the body will experience an increase in calorie burn on an empty stomach, the total output of the workout will subsequently be much lower and less effective as the natural post exercise "after burn effect" becomes severely jeopardized.

Conclusively cardiovascular training performed at high intervals requiring the maximum effort exerted by the individual.  Which relies heavily on the availability of glycogen actively stored within the muscle tissue and liver. Whenever these levels are depleted, the body begins to experience a lack of coordination, fatigue and concentration during the exercise.

This is widely referred to by many professional trainers as their clients "bonking" or "slamming the wall" in observance of the body's inability to sufficiently metabolize itself quick enough to maintain the training exercise at a high frequency. Thus, resulting in a failed training program as the individual deprived of the necessary fuel is inevitably forced to train as a low and ineffective pace or stop completely.