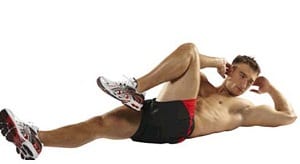 Changing one's daily diet is generally never enough to effectively burn away belly fat and lose weight. To bring about a distinctive and long lasting change most men have realized that engaging in some form of exercise activity plays a critical role in achieving their goals.

Top tips to get rid of belly fat

Occasionally a large number of men find it quite enjoyable by attending their local gym on a daily basis for that personally rewarding exercise experience of working out on a exercise equipment in the company of their peers. Others however have conventionally been able to fine the necessary motivation to perform their workout even when the task becomes nothing more than a monotonous and dreaded routine.

Find the right workout place for you

Nevertheless for individuals who are generally trying to burn calories to rid themselves of their unwanted belly fat, going to the gym is traditionally never viewed as not the best option as many of the professional gyms today are typically expensive in membership fees in addition to the required time wasted commuting to and from the respective gyms to gain an adequate workout for the best amount of time.

Today many of the fitness professionals however have learned that the average man does not need to access the vast and elaborate workout equipment to burn calories, lose weight and gain muscle to promote a healthy lifestyle; but rather design and structure an physically beneficial workout routine easily performed on the floor of their very own home.

The traditional push-up is an exercise widely known for improving the individual's cardiovascular function and overall health by forcing the heart to pump at an increased rate, improving blood circulation and promoting muscle build and strength in the chest arms and shoulders. Although a vast number of men have been observed performing the conventional push-up, very few are knowledgeable on the proper technique required for completing this basic exercise.

How to Perform the push-up:

Traditionally the crunch can be performed in a number of variations such as the reverse crunch in which the knees are brought to the chest almost at a ninety degree angle while laying flat on the back ensuring both feet are crossed. During the reverse crunch the abdominal muscles as in the basic crunch are contracted allowing the individual to curl the hips off the floor pointing the legs towards the ceiling. The leg are then lowered to the starting position completing one rep of the exercise.