Single Leg Squat Progression How to Master it 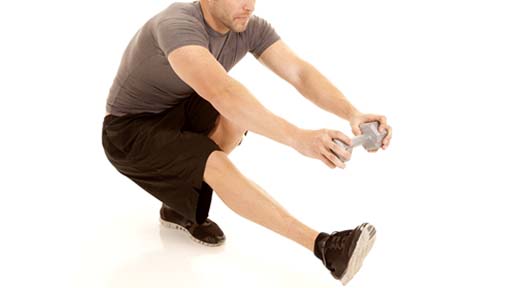 Most professional trainers tell you that one of the most difficult exercises they have ever experienced is the Single leg squat often referred to as the Pistol Squat primarily due to the nature of the exercise motion which requires the person training to stand on one leg, moving in one plane of motion while simultaneously stabilizing the body in a frontal and transverse (horizontal) plane. The Single leg pistol squat progression is one of the hardest exercise.

The Single-leg squat progression places the exerciser in a one-leg stance which even to the trained professional exerts a significant demand on the human body as the movements of the exercise is performed and counterbalanced through the feedback of the targeted muscle receptors and connecting joints. It is no secret that trainers when training core muscles and the gluteus medius of the supporting leg include a number of single-leg exercises to stabilize the movement for an effective workout.

Most professional sports existing today are typically single-leg dominant sports and as such many athletes when training have found that implementing the Single leg squat progression into their workout routine to be one of the most effective training methods relative to sport-specific strengthening.

By including the Single-leg squat progression you can undoubtedly benefit from an increase in your flexibility, stability and single-leg strength. Additionally by performing the exercise on an uneven surface further increases your ability to stabilize your body by enhancing the proprioceptive input.

How to Perform the Single leg pistol Squat:

You’re probably wondering why we used the bottom-up method of performing the Pistol Squat. Our reason for this is; by starting from the lowest position of the exercise the person is able to gain a better perspective of the proper technique used for the exercise as most men when learning the Single Leg Squat will spend large wasted amounts of energy trying to push through the body. Additionally by using this method you are effectively placing yourself in a comfortable position allowing you to pause to maintain your control and balance.

Most individuals lack the flexibility and core strength necessary to lower themselves into a full deep squat with one of their legs fully extended much less stand back up fully stabilized. Those who may struggle to execute some variable similarity to the exercise often do so without following the proper progressions.

It is therefore important that before you consider performing an advanced exercise such as the Pistol Squat Progression it is highly advisable that you train yourself by building a strong core and mobility by focusing on perfecting the basic movements of  the two legged full squat.