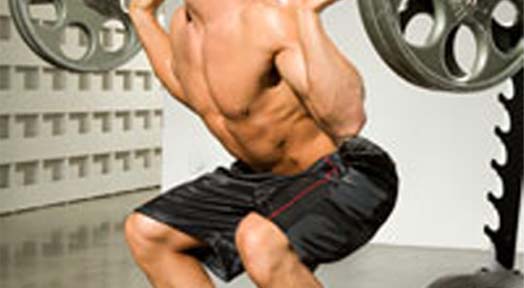 Your squat form can have a lot to do with the benefit you gain from the lift or if you are potentially setting yourself up for injury a proper squat technique is very important. Pain experienced in the knees after completing a training routine including squatting exercises does not mean that the exercise itself as suggested by many self-claimed professionals is in fact bad for one's health. Actually, many of these squat exercises have been given a bad reputation as being the cause for hip, knee and lower back problems experienced by many training individuals today.

Top Tips to Have the Best Squat Form Technique

It has however been discovered by several professional weight lifters and bodybuilders that the squat form used in performing the exercise rather than the exercise is the sole reason for the pain and discomfort felt and often related injury when training using the squat exercise.

The squat, though a highly efficient and excellent exercise for strengthening the knees as hips is rarely and often poorly understood by many individuals resulting in several training individuals performing the exercise without recognizing the correct form; much to their disadvantage.

Other precautions to keep in mind

When performing the squat, there are several precautions that should always be maintained to minimize any possibility of injury to the individual.

Maintaining the proper form of the squat exercise is key to the effectiveness of the training exercise.

By using this technique for squatting the individual is guaranteed the muscle growth and core strength development associated with this form of strength training exercise without experiencing any form of physical injury or discomfort. the proper squat technique is always important