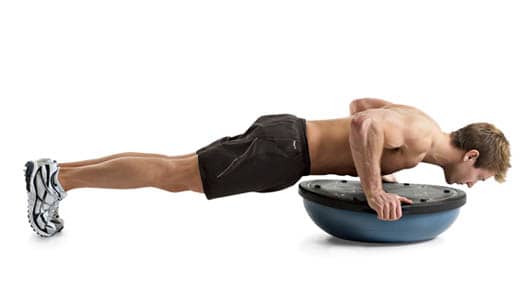 The typical health physician will often recommend that their patients involve themselves in some form of activity consisting of at least 30 to 45 minutes of moderate to intense exercise to torch fat and improve their cardiovascular function and health. Individuals who have been known to perform an exercise workout two to three times on a weekly basis have found themselves the beneficiaries of weight loss, mental conditioning and stress relief.

The training workout which when performed properly can increase the rate of which the calories are burned, dramatically resulting in quicker weight loss. One of the best known workouts used to torch fat is often referred to as the superset workout. This high frequency and intensive type of training workout actively recognizes the individual performing back to back exercises without scheduling in-between rest periods. In a recent study conducted at the Colorado State University, it was discovered that superset training offers the user with an almost unreal spike in the person's metabolic rate allowing the individual to maintain a high rate of calorie burn 16 hours after completing the training workout.

Professional trainers have often used supersets in their training routines sometimes scheduling twice a week workouts using individual weights for training clients allowing them to train to the point of exhaustion while still being able to maintain the proper form of the exercises and torch fat in the process.

One example of the more commonly used superset exercises is the Leapfrog. In this exercise the individual begins by facing a 12 to 18 inch step while standing with both feet at hip-width apart. The motion is performed as the user bends the knees, jumping onto the step landing heels first bending the knees while landing. The user then jumps off the step back onto the floor landing softly on the heel then to the toes. This motion complete one rep and the first in the superset which is performed for a duration of one minute. This particular training exercise has been effectively used as to stimulate cardiovascular function as well as lower body strength.

The second exercise in the superset is known as the Bosu Burple Pushup. The exercise is performed with the use of a Bosu (half of large exercise ball with flat bottom) which is placed on the floor with the dome side down and the individual stranding in front of it. The person begins the motion by positioning the get at hip-width while leaning forward to grab both sides of the Bosu. The user then jumps both feet into a plank position keeping the arms perfectly straight tightening the abdominal muscles and performing a single pushup. The motion is concluded as the person jumps back to the squat position returning to an upright position completing a single rep. This exercise set is performed in a minimum of 15 reps alternatively with exercise sets of the Leapfrog to be completed in three sets. The Bosu Burple Pushup exercise is used to target the pectoral muscle group and improve core strength.

Another example of the superset is the Power Knee Tap and Touch exercise which begins with the individual standing alongside a bench of approximately 12 inches in height. The motion is performed as the person steps up onto the bench with their right foot while swinging the right arm creating a momentum used to propel the body upwards jumping to elevate the left thigh to the height of the hip, landing with both feet on the bench knees slightly bent. The left foot is immediately placed on the floor sinking to a lunge with the right foot positioned behind placing the right hand alongside the left foot. This sequence is performed for a duration of 30 seconds on one side, then repeated on the other side completing one set. The Power Knee Tap and Touch is used to improve cardiovascular function and lower body strength.

This exercise is performed with the use of a pair of dumbbells of a weight of no more than 10 pounds. In this exercise the individual lunges forward with their right foot, securely placing the left hand on the hip and raising the right arm in front, shoulder height as though pointing the dumbbell as though it were a sword. The individual steps back to the center position, then lunges towards the right placing the left hand on the hip repeating the motion of pointing the dumbbell as a sword with the left hand completing one rep of the exercise. The exercise set of the On-Guard Lunges is consists of the individual performing a minimum of 10 reps. The superset is thus performed with the Power Knee Tap and Touch and the On-Guard Lunges by completing three sets of each exercise. These exercise will torch fat every time.