Skin Issues Down There that You Should Know About 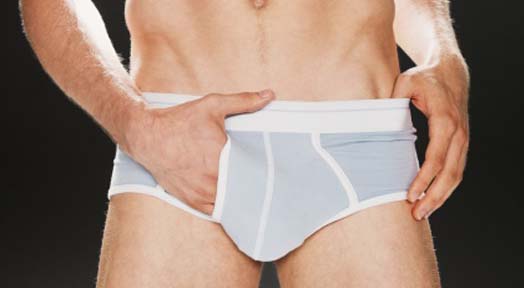 Top skin issues down there that you should know about

White Powered Rash with Scales in Between Skin Folds

This skin issue is known as eczema and is not just restricted to your crotch; it can be found in areas where skin often touches other skin such as inner elbows, armpits and behind your knees.

There are a number of different ways to treat this skin issue from home remedies (such as an oatmeal paste left on the skin for an hour or two), store bought creams/powers (such as Aveeno or hydrocortisone) or prescription medications (such as protopic or zonalon).

This is most likely contact dermatitis and in layman’s terms an allergic reaction to something your skin came into contact with. The rash could have been brought on by a new type of condom, a new laundry soap you washed your boxers in or a skincare product that you’ve just started using (or that has recently changed its formula).

The best way to treat the problem is to identify the source of the allergic reaction while treating the symptoms, so isolate the things that came into contact with your crotch one at a time until you’ve found the culprit or if that doesn’t work you may need to visit a doctor to run an allergen test. To treat the symptoms, use an over-the-counter antihistamine medication such as Benadryl until the source of the problem has been resolved.

Flaky, Yellow Rash that has a Greasy Quality and that Bleeds Mildly When Scratched

This is psoriasis and like eczema is not restricted to just the crotch area. You can find this all over the rest of your skin periodically during a outbreak with the same look, but it might appear as bumps on other parts of your body as well.

There are several ways to treat psoriasis depending on your level of skin rash and your preferences. For milder cases a simple salt-water bath in warm water might clear the problem up, you can try an over-the-counter hydrocortisone cream or tar soaps like Neutrogena T-Gel. For more severe cases a prescription medication such as a steroid cream or an anti-inflammatory may be needed. And always contact your doctor before you start any type of treatment.