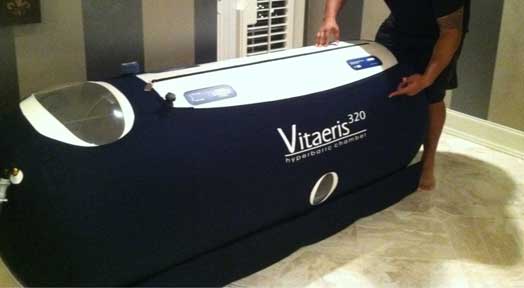 We all joke a little when we hear about people like Olympic champion Michael Phelps, former NFL Linebacker Jason Taylor and the late Michael Jackson sleeping in a Hyperbaric Chamber (Hyperbaric Oxygen Therapy Chamber(HBOT). But behind the jokes and kidding, we all can’t help but wonder “Does it really work?” It’s hard to argue with the results – these men and others like them executed grueling physical routines without any noticeable decline in performance over the years. Could it be coincidence?

Does the hyperbaric chamber really works?

There are some skeptics that believe that may be the case. They cite that these men and others like them also engage in demanding work outs and strict diet and lifestyle choices to maintain their youth. For instance, none of the aforementioned men smoke or use tobacco, a habit that can shorten lifespan by up to 15%. Proponents of the therapy program cite that various studies have used Oxygen therapy as a treatment for brain injury, nervous system disorders and deep tissue wounds with desirable results.

So should we all start sleeping in a pressurized tube?

The jury’s still out on that. It is possible that routine exposure to purified air may help counteract our exposure to aging compounds like smog, pollution, food additives, alcohol, caffeine, prescription and over-the-counter medications, and ultraviolet radiation. The basis for this theory is founded on the longer life spans and robust health of Tibetan monks and Andes Mountain dwellers. These mountaintop communities are at elevations above typical pollutants, which thereby gives them greater access to pure oxygen in the air they breathe and the water they drink. However, just like other “blue zone” populations elsewhere in the world, these people also engage in regular physical activity/exercise whether it be harvesting crops or practicing martial arts.

Researchers are still exploring whether a more “pure” environment would solve various ailments.

Up until now, studies have been focused on DNA-related disorders like Alzheimer’s. Doctors in these studies have witnessed Hyperbaric Oxygen Therapy actually repair defects in the DNA chain that cause these disorders. The challenge is that they haven’t figured out why it works better in some cases than in others… or what it is about the DNA strand that responds to Oxygen therapy and whether similar elements would yield different or better outcomes.

Until that mystery is solved it doesn’t make a lot of sense to spend thousands of dollars in pursuit of an unproven treatment option. A single HBOT treatment run (approximately 40 sessions, each 50 minutes to an hour long) can cost $3000 or more. What is exciting to consider, at least for now, is that since aging is coded in our DNA, it may be possible to “repair” that “damaged” section of the strand to delay or even halt aging in its tracks.