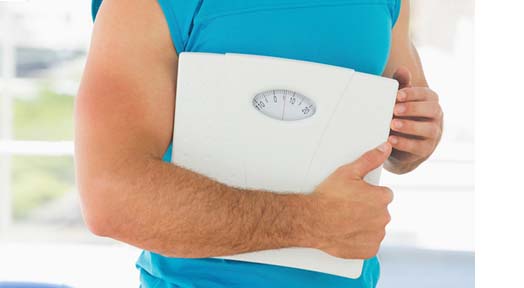 Best ways to measure your weight loss success. Let’s face it, many of us are constantly waging a war against our bodies in an attempt to build a physique to truly be proud of. We spend much of our hard earned money on supplements, as well as gym memberships, healthy foods and drinks, and much more on top of that. Despite this, sometimes it can appear as if our efforts have been fruitless, as when it comes down to actually measuring how much weight we’ve lost, many of us often struggle, or don’t get the results they were hoping for, and simply throw the towel in. Some people however, struggle because they don’t know exactly how to measure their weight loss. If you’re one of these people, then there are several effective ways to measure weight loss success, you just need to know what you’re doing.

Step on the scales

This is probably the most obvious example, but many people often overlook the scales, due to being misinformed. Scales obviously track weight-loss, but they can also be misleading, so you need to know how to use them. For starters, only weigh yourselves once a week, first thing in the morning on an empty stomach. If you weigh yourself after a large meal and drink, you’ll obviously weigh more, and although it won’t be fat, the reading on the scales won’t reflect this.

Before you begin any diet or training regime, take some simple measurements using a measuring tape, of your waist, your thighs, your hips, your arms, and your chest. After each week, or every fortnight even, take measurements again. If you’ve been doing things right, then the measurements should be significantly lower than they were when you started. Make sure you write down each measurement and take notes, so that way you can refer back if need be, and you can see full-well just how many inches you’ve actually lost, and from where as well. The decreasing numbers on the paper can also serve as a great motivational tool, so it’s definitely worth doing.

Use your eyes measure weight loss

Let’s face it, we’re losing weight in order to look good, not just to weigh a certain number when we step on the scales. For that reason, before you begin your diet or training regime, take some before pictures of you, shirtless, in various poses, including straight on, and in profile. When you finish your routine, or even every week after your weigh in, take another set of pictures in exactly the same poses, under exactly the same light. Nobody else has to see these pictures but you, but seeing them for yourself, seeing yourself getting smaller, will serve as great motivation for you to get up all your progress and hard work.