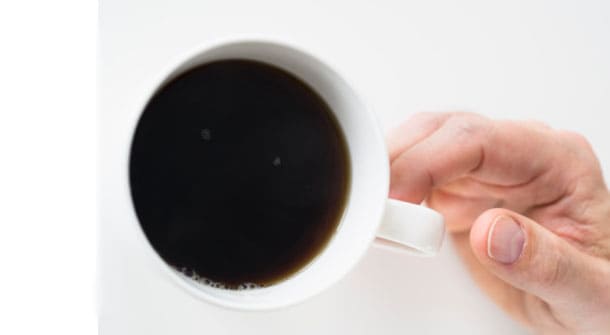 It’s 6am. You roll out of bed, slap the alarm clock across the room, growl at your dog, and head to the kitchen for that first cup of coffee and that comforting caffeine rush that will help you get your day started. Caffeine is addictive. Think not? Try making it through your day without that cup of coffee in the morning or that can of soda at lunch.

Is caffeine really that bad for you? Read on.

Caffeine raises blood pressure, increasing your risks for heart disease. It can cause muscle tremors, insomnia, upset stomach, and irritability when more than 600 milligrams, equivalent to four cups of coffee, are consumed per day.

Being an addictive substance,

Not taking in your daily caffeine dose can result in headaches and sleepiness. It is also linked to calcium related bone density loss due to the diuretic effects of caffeine; some studies even relate osteoporosis to heavy caffeine intake. Caffeine is shown to raise cholesterol levels by releasing a chemical that stimulates the elevation of fatty acids and is reported to increase blood sugar levels.

Caffeine is also shown to have negative effects on your skin

By producing a toxic chemical known as tannin, the number one culprit of caffeine are related dehydration. Tannin blocks the skin cells from receiving their nutrients resulting in dry, leathery skin, liver and age spots, and acne.

The most popular studies of the hazards of caffeine

The relate to the caffeine’s effect on the heart; heart rate and blood pressure are raised by 11%, a real hazard to athletes or anyone performing hard physical activity. Repeated use of caffeine is shown to increase the risk of heart disease, and irregular heartbeats caused by caffeine can lead to sudden cardiac arrest and heart attacks.

There is light in the end of your coffee cup, however.

Research has shown that caffeine can be beneficial to your health as well. It can fight gout, relieve headaches, and enhance performance and stamina in athletic activities as well as stop unwanted muscle spasms from a workout when taken about two hours prior to the gym visit. It is also proven to help fight multiple types of cancers, such as colon cancer.

Tannin is one of the main ingredients in caffeine,

This may be bad for your skin but it is also an antioxidant; the actions of tannin in blocking the skin cells from receiving nutrients also stops cells from dividing and becoming cancerous. Caffeine is also shown to decrease the risk of gallstones and Parkinson’s. Of special interest to men, caffeine intakes can also increase sexual performance in men while increasing the sex drive of women. The chocolate that is craved by women contains the secret ingredient of caffeine, so perhaps giving her a surprise box of chocolates may result in an unplanned, pleasant evening in.

The best benefits of caffeine are seen in an increase in mental stimulation.

Caffeine is proven to help with Alzheimer’s patients and victims of dementia. It improves memory, clears cognitive disturbances, increases alertness and stimulates the nervous system by blocking the drowsiness inducing chemical, adenosine. It increases reaction times and concentration.

Caffeine appears to have more benefits than downfalls,

You should be careful in how you take in your caffeine. Energy drinks are becoming more popular, but they do have excessive amounts of caffeine that could be harmful. Some drinks also contain excessive amounts of sugar and mix the caffeine with things like ephedra, guarana and taurine that can increase your risk of heart dysrhythmias and sudden cardiac arrest when consumed in large quantities. Be careful when selecting your energy drink, and limit them to one can per day. Consider your coffee and soda intake when choosing an energy drink; the caffeine can stack up and cause serious problems if you are consuming large quantities of these products.

The natural chemical found in coffee beans, tea leaves and many other plants, has both an upside and a downside. As with anything else in your diet, exercise good judgment and some restraint when indulging in caffeinated products and remember the old adage, “everything in moderation.”