Worst Foods For Digestion To Avoid 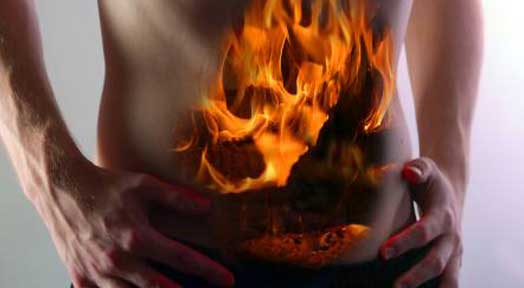 If any of you have suffered from digestive problems in the past, you’ll know full well that these problems can be from foods that are bad for digestion and sometimes downright painful too. The stomach and the intestines are literally swimming with various bacteria. Some good, some bad, but they’re all there just the same.

Take a look at these food that are bad for digestion.

Digestive problems can lead to heartburn, acid reflux, gas, bloat, irritable bowel syndrome, constipation, stomach cramps, and much more. Because of this, it’s important to know which foods the stomach loves, and which it perhaps isn’t so fond of take a look at these four foods that are bad for digestion.

These beverages are just not healthy in the slightest. They’re loaded full of sugar and artificial ingredients, offer no nutritional value in the slightest, and are a leading cause of type 2 diabetes in the western world. The sugars these drinks contain are also able to change how the body metabolizes energy. They can also alter the bacteria and yeast living in the stomach, and cause some pretty adverse reactions.

Gluten is the protein which is found in barley, rye, and wheat, and is responsible for a number of digestive problems, and allergies. Chances are that you’ll know at least one person with a gluten allergy or intolerance, and if you don’t, somebody you know will. It is the main catalyst for celiac disease, and it is extremely difficult to digest in the body. Many people with intolerances to gluten tend to feel gassy and bloated after eating it. That’s because the foods which contain it aren’t easily digested and swell up and sit inside the stomach.

Saturated fat is one of the worst foods for digestion and it’s not good for you anyway, and when it comes to digestion, this becomes ever more evident. Fat is extremely difficult to digest, meaning that it can just sit in the stomach for hours upon hours. This can then lead to gas and stomach bloat, as well as feelings of lethargy and fatigue. As the fats are so thick, they also prevent vital nutrients from being absorbed by the intestine, as well as contributing to decreases in cell production.

These vile substances should be wiped from the face of the earth as far as we’re concerned. Artificial sweeteners such as aspartame, are proven to be extremely carcinogenic (cancer causing) and are extremely toxic. Aspartame is manufactured by the same chemical company that developed the chemical warfare weapon known as “agent orange”. The fact that the same company that developed a chemical weapon designed to kill people in an extremely unpleasant way, also developed an ingredient used in soft drinks, should tell you that it perhaps isn’t the safest of ingredients. The main digestive problems associated with these sweeteners are gas and stomach bloat, but the other health related issues should be enough to convince you to cut it out of your diet for good. Stick with natural sweeteners such as honey instead.