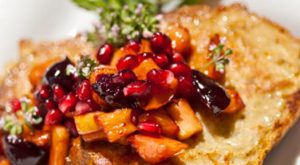 Ever had days where you simply wish you could stay in bed all day? Perhaps you’ve been struggling in the gym, and are literally too exhausted to continue any further? These are both causes of a distinct lack of energy. Days when you’re lacking energy are no laughing matter. Your productivity is down, you can’t focus or concentrate, and you often find yourself uninterested in pursuing activities, and would much rather simply lie down on the couch all night, until you head up to bed. If you’ve been experiencing more and more days like this lately, then it’s time to do something about it. Rather than relying on so called “energy drinks” which are basically nothing more than just sugar and caffeine, then how about trying some natural methods instead. Here are a few natural ways for you to boost your energy levels. So, without any further ado, let’s get started.

Get a good night’s sleep

If you spend all night watching TV, or playing on the games console, put down the remote, and head up to bed instead. Studies prove that people who get an average of between 7 and 9 hours sleep a night, have around 45% more energy than those who get less sleep. It’s important to get your sleeping pattern in check, and try to get to sleep before midnight.

Rather than stodgy fatty sugary foods that leave you feeling tired, bloated, and lethargic, instead opt for foods which contain complex carbohydrates. These carbohydrates are slow release forms of energy, meaning that you gradually get energy released into your body throughout the day. People make the mistake of eating sugary foods for a quick fix. These do provide a very quick release of energy, but you’ll soon experience a “sugar crash” and will be left with even less energy than before you ate the sugary food in question.

People call it the most important meal of the day for very good reason. You’ve gone all night without eating, and your body is starved of calories and nutrients to use as energy. Because of this, it’s important that you top up these energy levels once you’ve woken up. Eating breakfast is like filling your car full of fuel in the morning. Your energy levels will be topped up, and will keep you ticking over until it’s time to eat the next meal. Slow release carbs such as oatmeal, or organic peanut butter on whole wheat toast are both great examples of a good breakfast. Another great example would be natural yogurt, fruit, granola, and a little honey. A breakfast of that caliber will keep you going for hours.

The human body is composed of almost 80% water. Because of this, it’s important that you keep your levels topped up. All of the major organs require water in order to function. Your metabolism for example, will work much more efficiently if you’ve drank enough water throughout the day. Water will leave you physically and mentally refreshed, and will give you the extra little boost that you need to get going.