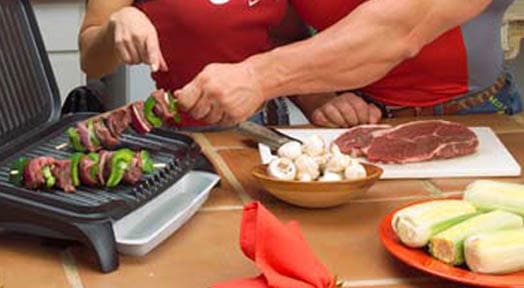 Over the last few years, weight training and lifting in the gym has become hugely popular amongst men, for a whole variety of reasons. Some of them simply want to improve their health. Some of them want to look better. Some want to improve their chances of succeeding in certain sports and athletic events, and some simply want to look good in front of the ladies. Whatever their reasons for training may be, it can’t be denied that many of them take their training and their diets extremely seriously. One diet that’s gotten a lot of interest within the bodybuilding community lately, is one known as the paleo hybrid diet.

What is the paleo hybrid diet?

Basically, the paleo hybrid diet is a modified version of the paleo diet. What’s that, you’re not sure what the paleo diet is? Ok, no problem. The paleo diet gets its name because it is a version of a diet that was followed by our ancient caveman ancestors back in Paleolithic times. In actual fact, it isn’t a diet but rather a lifestyle change. Basically, this diet involves us eating foods that cavemen would have eaten many, many, many centuries ago. Back then there was no farming, so no processed wheat foods, no breads, no convenience foods, no processed sugar etc. Generally it had to be hunted or foraged, so meat, fish, fruits, nuts, berries, and certain vegetables. Generally, most paleo diets involve low carbs, medium fats, and high proteins, and this is where the hybrid diet comes into play.

What is the hybrid approach to this diet?

Basically, lifters that follow the hybrid approach to the diet, will use the paleo diet as a base and guide, and will then make a few alterations that can actually benefit their training and help encourage muscle growth and repair. Processed and refined junk foods are still cut out, with meats and plant based foods being preferred instead. However, the main difference with this diet, is that certain starchy carbohydrates are incorporated into the eating routine, which are designed to aid in training. Sugar, gluten, and other simple carbohydrate sources are still avoided, but healthier alternatives such as root vegetables, potatoes, sweet potatoes etc, are still included. White rice is also sometimes accepted.

The reason for this change is the fact that carbohydrates have such a prolific effect on weight training and muscle gain, particularly following training, when it comes to that all important insulin spike, that should be created by consuming carbohydrates, within the “anabolic window” which is generally around 1 hour post-workout. Pre-workout carbs are also important and beneficial, which is why lifters are now choosing to follow this hybrid diet plan, and still reap the benefits associated with the paleo diet itself.