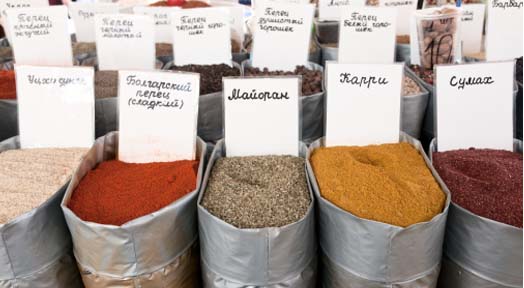 Do you enjoy your food a little hot and spicy? Perhaps you’re partial to a spot of Mexican or an Indian inspired curry? Whatever it is that takes your fancy, one thing remains certain, and that is that in order to give these dishes their unique delicious taste and hotness, you need to make use of various spices. These spices aren't created in a lab, nor are they farmed in the US, they are imported overseas mainly from India, in a trade which has been running for centuries, and is just as lucrative now, as when it was first conceived. There is a problem emerging however, with a report that was recently released and found that 12% of all spices imported into the US were contaminated with insects and rodent hair among other substances. Which is leaving many to think, how did this spice contamination outbreak happen and should you be taking any action?

How do these spice contamination take place?

The spices imported into the US which are used in a variety of delicious dishes and recipes, cannot be grown in conditions in the US. The plants and seeds which are used for these spices, must be grown in tropical conditions in order to grow at their best. India is one of the main spice importers in the entire world, and worryingly, studies have found that up to 12% of all spices which are brought into the United States, have been found to contain contaminants such as insects, feces, human skin, human hair, bird feathers, animal feces, and even salmonella. What’s especially worrying is that this percentage of contamination, is double the amount of any other food type imported into the country, so, it begs to question, why these spices, and is enough being done to help prevent it. Many of the health and hygiene rules and regulations of the countries shipping the spices overseas, are not as strict or heavily enforced as they are in the western world. Because these rules, laws and regulations are so lax, the correct safety checks aren't being carried out, thus contamination takes place.

What can be done to tackle the problem?

The countries and companies shipping these spices, argue that their spices are treated and cooked before being shipped, to help kill contaminants and bacteria, yet this is proving to not be enough. The manufacturers and experts are pointing out that people should not stay away from these ground spices, but that in order to ensure that any bacteria or contaminants are properly killed off, the spices should be properly cooked and heated through. This cooking process kills off harmful bacteria, thus making the food fit for human consumption.

If using whole spices or aromatics, cardamom pods and star anise for example, then placing them in boiling water before grinding them up is also an effective way of ensuring they are free of harmful contaminants. Overall the laws and regulations are getting stricter, and the problem is being tackled, but by following the above methods, you’ll be presented with a little extra peace of mind if nothing more.