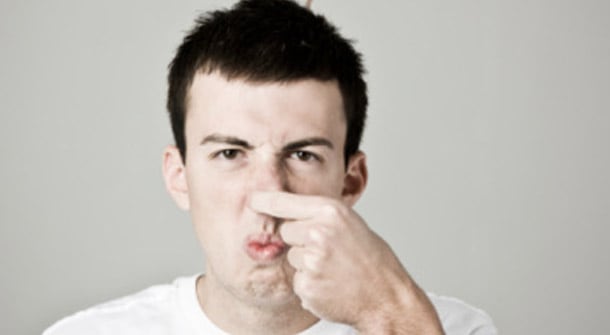 Few people like to admit things about aging because it makes them sound ageist, but most people have encountered the “old people smell” at least once. It’s often described as a greasy and gassy acidic odor that can linger on clothing and fabrics like furniture and sheets. If you happen to be one of the few who haven’t, or if you believe it’s a myth, there’s actually some scientific basis behind it.

The slightly sour smell is actually caused by a fatty acid called palmitoleic acid. We all have it in our bodies, as a part of aging, our bodies begin to secrete more of it. The compound itself has little to no scent, but when excreted over the surface of the body, bacteria comes in contact with it and begins breaking it down. That decomposition process emits an odor that most people liken to a stuffy, stale or sour smell. Although it may be more difficult for the person to self detect it can be very unpleasant and off-putting.

How can you get slow down “old people smell”

Contrary to popular belief, it is not caused by a lack of hygiene or poor cleanliness. And it doesn’t affect everyone. Researchers are still learning about why this fatty acid ramps up production in old age and what, if anything, can be done to prevent the tell-tale smell aside from covering it up with cologne. Until that time, try to keep your skin healthy and clean since, like perspiration, it is exposed to bacteria that cause an odor, not the secretion itself. The Japanese cosmetic company Shiseido Group has invested time and research for a line of products to help neutralize the natural body odor by using persimmon extracts. These extracts have been successful in masking the smell similar to the effects of citrus fruits on fish.

Bottom line is that the “old people smell” is a real thing and a part of aging. But before we judge how offensive seniors smell just think of your teenage laundry basket and that should give you some perspective.