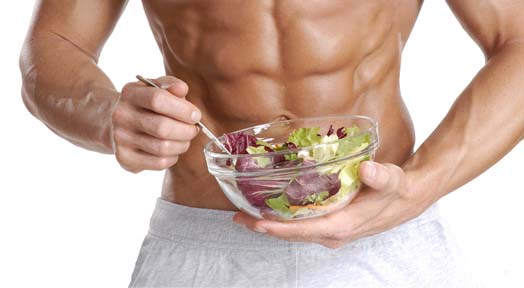 Let’s start with the truth. In all honesty, every weight loss program out there works, if you stick with it. And, while some recent reports have claimed that the average weight loss rate of participants as only 6 pounds over two years, Weight Watchers for men has garnered a loyal following, and enjoys mostly positive reviews from clients. The most common reason cited for a lack of success on this program is a failure of the user to stick with it.

How to lose Weight with Weight Watchers for Men

Weight Watchers is unique among weight loss programs, as it doesn’t prohibit any foods, doesn’t require the use of supplements or appetite suppressants, and, while it does sell food products under its brand name, it doesn’t require you to eat prepackaged meals. Basically you can eat what you want, where you want, when you want. But don’t expect to be able to gorge yourself on ribs, chips and beer. The program forces you to practice moderation.

Weight Watchers works using a system that assigns an individual points value to foods, and then gives you a daily allowance of points base on your BMI, age, and goal weight. The idea is that once you learn to understand what you’re eating, you’ll begin to make smart food choices on your own. For example, if you have an allotment of 35 points per day, you could eat seven cookies that count for five points each of you wanted to, but you’d be pretty hungry the rest of the day.

Recently, the company has revamped itself and come out with the Points Plus Program, which it claims is based on the latest scientific dietary research. The system gives more weight to the fiber and protein content of foods than their calorie or fat content, and encourages participants to eat more vegetables by giving them a zero points value—meaning that you can eat as many non-starchy vegetables as you want with no penalties.

Easy to fit in your lifestyle

Weight Watchers for Men offers a number of perks that appeal to most guys. There are cheat sheets for bar food, beer and pizza, as well as fitness ideas, meal ideas, and healthy living tips that are tailored to men. The program itself is flexible and no-fuss, and allows for a surprising amount of food daily, which keeps hunger at bay—even for men with hearty appetites. And the online option gives men an alternative to attending meetings, which many men don’t enjoy doing.

The Con's to the Weight Watchers for Men Program

It may become tedious to calculate points on a daily basis, especially if you’re busy with a stressful job and family responsibilities. And the mobile app isn’t necessarily helpful—many people have had technical difficulties with it. But overall, the science and method behind Weight Watchers for Men is solid, and it can be relatively easy to find success, provided you stay motivated and keep up with the plan.