What is Carb Cycling and Can it Improve Performance? 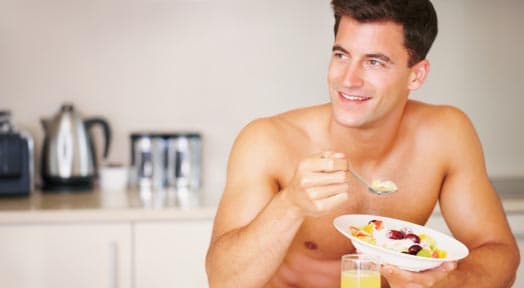 When it comes to matters regarding general sport or athletic performance, it appears as if there’s literally a specially designed sports supplement for anything and everything you could possibly think of. Rather than splashing out on expensive supplements however, it appears as if something as simple as carb cycling could actually offer you numerous advantages and benefits designed to aid in weight loss as well as overall athletic performance. Carb cycling is slightly controversial, and depending on who you talk to, much like marmite, people seem to either love it, or hate it, with very little middle ground.

A number of studies and tests conducted over the last few decades however, have all found very strong evidence to suggest that as far as weight loss and athletic performance is concerned, carb cycling could potentially be extremely beneficial.

What is carb cycling?

As the name suggests, carb cycling is basically the act of alternating between days of high, medium, and low/no carb days, which is designed specifically to help people lose weight. It’s actually extremely simple, and it basically works something like this:

– Every day will require a high protein intake

– All week will alternate between high, medium and low/no carb days

– The amount of fat you consume each day will depend solely on how many carbs you consume on that particular day, so when your carb intake is high, your fat intake should be low, and vice versa.

As far as which days are which, that’s entirely up to you, and should really be fitted in to work around your training and everyday life schedule. So, for example, you could do 3 days of medium carbs, 1 day of low/no carbs, followed by a day of high carbs before repeating the process, or you could simply do 2 medium, 2 low, 1 high, and repeat, or whatever works best for you.

The premise is very simple. The body use carbohydrates as its primary source of energy, as these can be easily broken down and converted into glucose to be used as the body’s primary energy supply. When this glucose is taken away however, the body then needs another form of energy, and it therefore taps into existing fat stores, thus helping you to lose weight. The idea behind the cycling however, is to aid in both weight loss, and athletic performance. Here’s the basic principles regarding the medium – low carb days:

– To ensure the body becomes for receptive and responsive to insulin, which actually improves the way in which the body is able to build muscle.

As far as the high carb days are concerned, it is these which play the primary role in overall athletic and aerobic performance. Here are some of the key benefits:

– To stimulate the rate in which the body responds to insulin, improving the amount of nutrients being transported into our muscles.

– To help make you feel alert and energized.

– To replenish glycogen stores that build and power the muscles.

High carb days refuel your muscles and allow more nutrients to be transported into them. The more nutrients and fuel inside the muscles, the more efficient they’ll be before fatiguing, which basically allows them to work harder for longer, thus improving athletic performance.