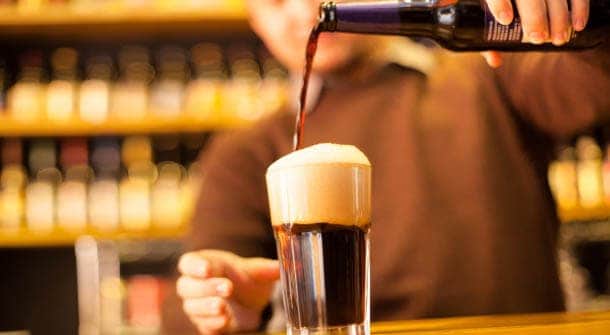 Craft beer is brewed by microbreweries who sell limited amounts of their beer. In the past, craft beer was called microbrew. The microbreweries that make craft beer may have limited distribution or be sold across the United States. Many beer fans prefer craft beer as opposed to the mass-produced beer from large breweries.

Getting to Know Craft Beer

The microbreweries often have a large following, but they may be more concerned with crafting unique brews with integrity. Microbreweries create beer according to their preferences and tend to cater to a niche market rather than having mass appeal. The small microbreweries tend to treat crafting beer like an art form.

Craft beers can have distinctive tastes. Microbreweries may specialize in making tart, hoppy, bitter, citrus, or other unique characteristics. Craft beers may be inspired by beers from certain geographic locations or styles such as English pub ales, Belgian beers, or German brews. Numerous microbreweries have a loyal following of people who love their beers whether they be stout, lagers, or ales.

Tart craft beers emphasize a sour note with bacteria or wild yeast. The tart  are a popular favorite. These sour brews are highlighted in beer fests specifically for tart beers. Another favorite is a microbrew that has a strong hoppy flavor. These beers may use a unique type of hops that give the beer its bitterness.

Several microbreweries specialize in porter beer. A porter is a dark beer that traditionally contains combinations of beers. Many microbreweries add sweet notes to their porters or other beers with burnt sugar, brown sugar, caramel, or chocolate malt. Coffee is another ingredient that can be found in craft beers.

Craft beers made in microbreweries or by homebrewers can have ingredients that may not be expected by most beer drinkers. Spices, fruits, oats, and vegetables could be added. These unique ingredients may be added during brewing or as the beer is being bottled. Microbreweries and home brewers can test and alter basic beer recipes to create the taste they desire.

Some beer fans have turned to creating their own homebrews. Making own is a popular hobby. The homebrew beer generally is shared with family and friends rather than being available to the public. Annual contests and fares provide opportunities for home brewers and small microbreweries to share their beer with a wider audience.

Brewing beer at home takes about four weeks from start to finish. The actual brewing time only takes 2 hours, but the brew must ferment for two weeks before being bottled. After the beer is bottled, the bottles of beer should be conditioned for two weeks. The equipment to start brewing beer at home costs under $100. The cost for the ingredients for a five gallon batch can range from $25 to $50.