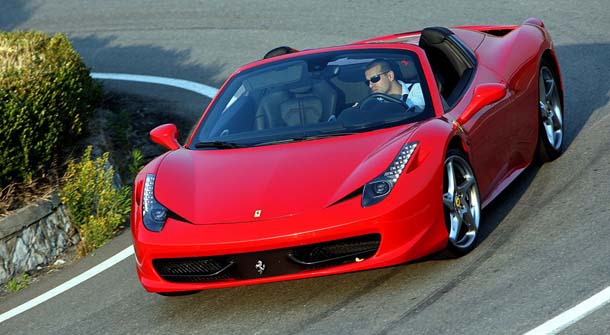 Exotic cars that all men dream about. Exotic cars and prestigious luxury cars have been gathering envious looks from men since the dawn of car manufacturing. They’re found on the street, in advertisements and all over the Internet, eventually making their way into our dreams as well.

It’s probably part of that simple boyish desire to be the fastest and own the most exclusive item, and it was multiplied by the fascination with cars shared by many men. Who hasn’t fantasized about speeding down a highway in a Ferrari or parking their Lamborghini in their girlfriend’s driveway to collect jealous looks from the entire neighborhood?

That’s how it goes down in some of our fantasies, anyway. The reality of owning exotic cars may be over the top in real life, but the creative design, rich history and superb performance of the exotic car models seen around the world are truly worth aspiring to.

Exotic cars that all men dream about

Now produced under the name of SRT Viper, this two-seat Dodge hit the nail by making every guy’s (car-related) dream a reality. The iconic shape and white stripes featured in photos propelled Dodge Viper to the heights of the sports car market and allowed it to keep creating new and improved models despite the manufacturer’s financial difficulties.

Every car model that comes out under the Ferrari name is a masterpiece, and Ferrari 458 Spyder is no exception. Priced at over 300 thousand dollars, this car is but a distant dream for most people. While our personal funds are limited, our dreams and desires don’t have to be. As a result, men often catch themselves flipping through magazines, reading articles and watching YouTube videos of this V8 Ferrari beating V12 cars to 60mph and 100mph.

Lamborghini Aventador is a true supercar and a real treat to any car enthusiast out there. Priced at around 500 thousand dollars, you could argue that it’s actually one of the cheaper supercar models, compared to other stars like the Koenigsegg Agera R and Bugatti Veyron. No collection can hold back the raging temper of the Aventador, and its owner will soon discover that its place is on the road.

Owning a Rolls Royce has always been one of the defining features of being rich as shown on TV shows and film. It’s also been known as a darling of every fan of the luxury lifestyle well before that. The amount of quality parts, amazing design ideas and reliable technology which was used to make it were a big reason for that.

Bentley is by all means a leading luxury car brand, and Mulsanne Mulliner is its main bet on the market. First introduced in 2011, it hasn’t lost any of its appeal. In fact, it remained largely unchanged for everyone to find it at car shows in the same great shape. For this model, Rolls Royce Ghost throws in some fierce competition, but Bentley’s darling is sure to find some devoted fans to pick up its ‘moderate’ price tag of about $300,000.

All these cars have many things in common, such as great build quality, latest technology and superior performance. What truly sets them apart as the exotic cars that can wear their steep prices are the unique design and gear solutions that allow us to see their personality. We may not all be able to purchase them anytime soon, but it’s often just as fun to follow their stats, specifications and reviews as watching an exciting TV show!