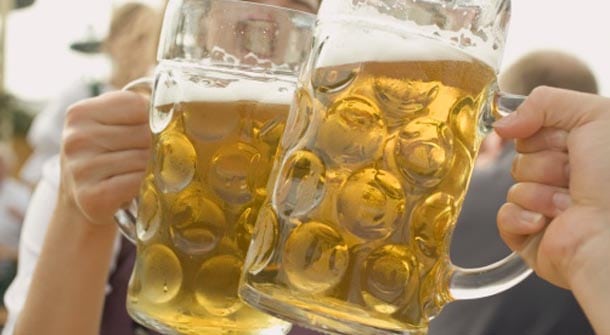 As a bunch of manly men, we often get thirsty. When we’re thirsty, we’re inclined to reach for a beer, no matter where we are. We’re going to take a look at some of the favorite beer from around the world, and see what people across the globe are drinking:

Favorite beer from around the world

Contrary to public opinion, Budweiser isn’t America’s best-selling beer any longer. Since the turn of the millennium, that honor has belonged to Bud Light. With about 16% of the world’s total market share, Bud Light is a beast.

In Canada the brew of choice is Labatt Blue, which, although definitely better than Budweiser in terms of taste, also isn’t too impressive. (The silly Canucks let Coors Light make its way up to #2 recently!).

Skol beer (named after a Scandinavian toasting expression) dominates here in the largest country of South America, with about a third of the total local market share. Brahma and Antarctica are honorable mentions.

Most people think of Corona when they think of Mexican beer, and they would be correct; it is the countries’ best selling beer, having passed Heineken. Sol, Tecate and Dos Equis are also quite popular.

There has never been a people more obsessed with beer than the Germans (see Oktoberfest). Krombacher recently took the title as the nations’ most popular beer, followed by Bitburger, Warsteiner, and Becks (which is the most popular German export brew).

Due to the sheer volume, the Chinese market is now the largest on Earth. Tsingtao rules the roost as their most popular beer, probably due to the fact that it is the only brand that markets itself internationally via exports.

You might assume things like sake are more popular than beer in a country like Japan. You might assume that, but you would be wrong if you did! With 60% of the nations’ liquor sales made up of beer, it’s little wonder brands like Asahi Super Dry and Sapporo are popular.

So the next time you’re thirsty, you may want to take a miniature vacation, and try some of these popular beer brands from around the world. Have a small taste of South America, Asia, or Europe, without ever leaving your recliner or having to miss the game. Variety is the spice of life, after all!