South Africa: Take a Journey to The Country 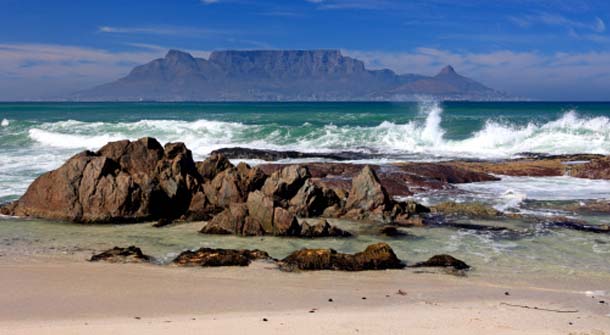 When looking at all the wonderful destinations that we can travel to all over the world it is often rare to find a country that has all the requirements, the infrastructure and the choices for the seasoned traveler to have a holiday that they remember forever. South Africa does not only has the Cradle of Mankind where the first traces of human sapiens has now been conclusively proven and accepted, but they also have one of the official seven wonders of the world which is Table Mountain.

The Garden Route along the east coast of South Africa is over 1000 miles of luscious sub-tropical vegetation scattered with towns that have been catering for tourists for many years. This is where you will find the second largest indigenous forest in Africa called the Tsitsikamma forest.
You can take a canopy tour in this forest which gives you a birds eye view of the forest by a connection of slides set up at the top of huge Yellowwood and other indigenous trees. To be able to travel from one tree to another just like any canopy dweller that lives in the forest is truly an inspirational experience.

Also on the garden route you will find the largest official bungy jump in the world at over 220 meters which is certainly something that you will remember for ever. Together with 1000 miles of the most attractive beaches with a blue flag rating makes for the most enticing surfing, scuba diving and snorkeling you will find anywhere.

At the coastal cities like Cape-town and Durban you will be able to take a dive with the largest collection of great white sharks in the world. Where you get put in a cage and then dropped into the middle of a shark feeding frenzy. This is called cage diving and is available near a few small outlying islands off the coast where the great white sharks feed on seals.

If you are an active vacationer then you will no doubt be interested in going on a few of the most glorious hikes that you will ever see. The Drakensburg mountain range is not high compared to other serious climbs but it offers a large range of hikes from a day to a few.

You can choose to rough it taking your tent and food and live on fresh water from a stream while seeking out bushman paintings that were done at the dawn of time. A full catering service is also offered including a guide is by all the hotels that are in the mountains is also available.

If you are into game viewing South Africa hosts the Big Five which are the largest mammals on the earth and include Elephant, Rhino, Giraffe, Lion and Leopard. There are many large nature conservation areas allocated in South Africa and the Kruger National Park is the largest game reserve in the world and covers more area than the whole country of Israel.

South Africa now has the most up to date five star accommodation that you will find anywhere in the world. Since hosting the world cup soccer championships which was done very successfully in 2010 South Africa has specifically rearranged its economy to accommodate the growing tourism.