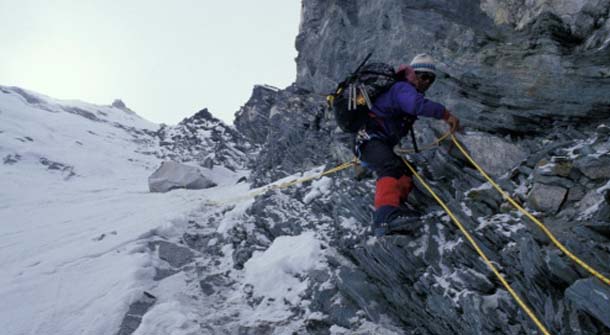 It is rare to find a sport that does not produce some injuries. Even playing computer games has its risks. Still, there are some sports that go to the extreme with the risk of bodily harm. Depending on your perception these sports are to either be ran to or avoided. Surely everybody has an opinion about what the world’s most dangerous sports are. The ones you consider to be dangerous may or may not have made the list.

With all the controversy going on about this sport it is hard to compile a list of the world’s most dangerous sports and leave football out. Professional football players suffer a lot of after effects of the game and thousands of them have reposted damage that was permanent. In fact many players of the NFL have gotten together to sue their on league for having suffered permanent brain damage from the multiple concussions they experienced in every practice and game. Even high school football puts players at risk which has led to some very tragic and deadly accidents.

There are a lot of motorsports in the world, but of them all motorcycle racing has been dubbed the most dangerous. Even regular motorcycle riding has been known to end in horrible accidents that kill, maim, and paralyze. When going at high speeds the ride becomes even more dangerous. It does not matter if it is on the track, off road, circuit, or open course, those who participate in motorcycle racing put themselves in a high risk situation for injury and death.

This next deadly sport is much more traditional than the previous two. The Bull Run is a sport that has claimed many lives. Every year during a single event approximately 200-300 people get seriously injured. Somehow that never seems to stop participants from wanting more of this wild sport. One of the biggest problems with the bull run that serves to make is so dangerous is the fact that it is played by amateurs. Just about anyone is allowed to join in on the bone crunching fun.

Next on the list is a sport that much less people have dared try but many people dream of doing. Climbing Mt. Everest is extremely dangerous, but that does not stop the ones brace enough to try. Anyone who happens to actually make it to the top of Mt. Everest alive are sure to pass a few frozen dead bodies on the way. This is because rescue helicopters cannot get in range of many places of this icy slope. Out of every six people that attempts to make it to the top of Everest one of them is sure to die.

When covering the most dangerous sports that are done at high heights it is important not to leave out BASE jumping. This is a sport so very dangerous that it is illegal in many places across the world, including the US. Those who play this sport leap off tall buildings and structures equip with not much more than a parachute. Even the slightest change in the wind can send them smashing into the sides of buildings or they can lose control and become the next grease spot on the pavement.