The Truth Behind Sports Concussions in the NFL 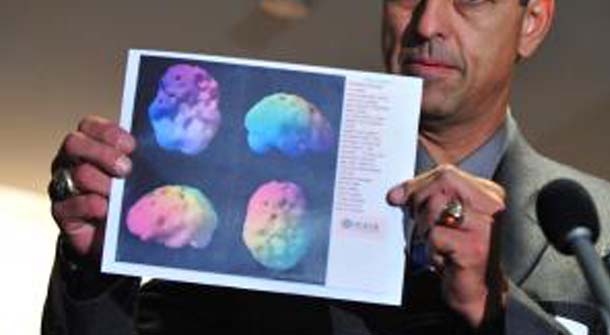 There are various types of injuries that athletes are more likely to get than non-athletes, and concussions are one of them. While there are many sports in which brain concussions can occur, they happen in boxing and football more than others. Lately the NFL has been in the news a great deal because of lawsuits filed by former players about the long term damage suffered from concussions. That has prompted us here at Mensfitclub to uncover the truth behind sports concussions and what it can mean for the future of the NFL.

In 1994 the NFL put together a team of experts called the Mild Traumatic Brain Injury Committee. It was the job of this committee to investigate the effect of mild brain concussions on a player’s health. The findings of the committee supposedly favored the NFL by downplaying the effects of the type of head injuries professional football players received. However, in the minds of many these actions have not taken away the responsibly of the NFL for the results of the concussions that the players received.

There are many current and past NFL players who have reported serious problems as a result of the concussions they received from their role in the NFL. The fact is that the average football player can experience many concessions throughout their professional career. This frequent trauma to the brain has been proven to result in permanent damage, such as a condition called CTE and Alzheimer’s disease. It has become clear that engaging in professional football can cause serious mental conditions that are tragic and debilitating. It is not rare for a pro football player to report experiencing memory loss, depression, difficulty controlling impulses, and aggression. .There are many ex professional football players who ended their lives in a state of dementia or severe depression.

While it seems that the NFL worked hard to cover up these facts they have been brought to light thanks to various lawsuits. In just a ten month period almost 2,500 ex NFL players have filed a lawsuit against the NFL. These are all players who have suffered because of the concussions they experienced while at work. They claim that the NFL is responsible for the health issues they have suffered as a result of the multiple and frequent concussions that are inherent in the sport and that the NFL covered up the truth in order to avoid losing profits.

There are many legal experts who believe the lawsuits are not going to help the players at all and that they have no chance of winning. These experts say that the players are responsible for their own injuries because they were aware of the risks. In other words, the players knew that they stood to suffer long term health issues because of the nature of the sport and yet they choose to play anyway.
The NFL has not completely pretended to be blind to the suffering of the players. Now there is a standardized sideline concussion protocol. This protocol gives players medical attention within 6-8 minutes of the concussion occurrence and tests things such as concentration, balance, and thinking. Still, this does not prevent future players from being injured and for many players is just too little, too late.