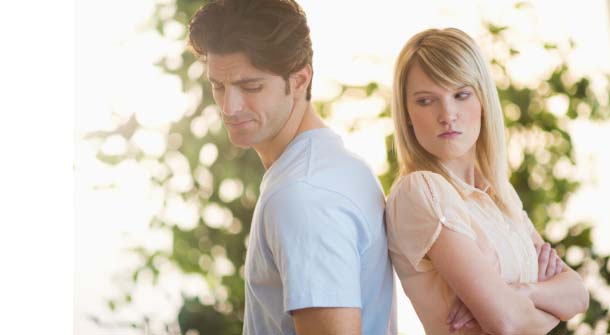 A break up is never an easy thing whether you’ve been together for just a little while or for 20 years. But if you follow some simple break up rules that experience can be easier for both of you. Nobody wants a crazy ex-girlfriend with a desire for revenge or with an inkling that getting back together is an option when it’s really not. So pay attention to these 5 break up rules every man should follow.

This line is so over used that a woman who hears it is liable to get angry and frustrated the second you speak the words because she knows you aren’t telling her the truth. The clichéd speech and ones just like it are a recipe for disaster that could end up causing both of you a world of hurt and even some property damage if she doesn’t take the speech very well.

There is nothing worse than getting a break up text, email or voicemail… it makes the women feel cheap and like yesterday’s news. Even if you only went out on a few dates, do it in person and give her the respect she deserves.

Rule #3: Don’t Wait to Break Up with Her

Stringing a woman along is never the right choice even if you’re trying to spare her feelings. If you know that you need to end the relationship, end it. Letting a relationship linger when the feelings have died can strain both of you, letting in a great deal of anger and animosity that can fester and make the actual break up far worse than it would have been if you did it when you first made the decision to break up with her.

Break ups are difficult there is just no way around it, but when you keep going back to her for sex, hanging out in places she frequents, etc., you make it worse for her to get over you. Keeping your distance will help her to find her balance on her own again and help her distance herself from her feelings for you.

There are millions and millions of women on the planet that can be your next conquest of potential match so steer clear of those who have associations with your ex. Dating her sister, friend, cousin, etc will just make the situation worse and make you look like a jerk who doesn’t care that what you’re doing will hurt her.