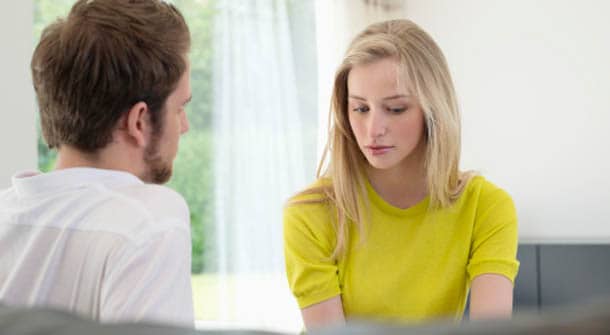 Constructive criticism generally means positive criticism said with love instead of anger. That is the first rule, never offer ‘constructive’ criticism while you are angry. If you do you aren’t really doing anything positive you are in effect, being a jerk.

Focus on the behavior not the woman. Don’t come to your girlfriend with a bunch of ‘you need to change this’ ‘I think you are this way and should be like that’ type of dialogue. Instead, approach the situation by attacking the behavior. For example, if you feel like your girlfriend has been overbearing as of late ask her, ‘Babe you’ve been kind of on edge lately, is there something wrong?’ If she says yes listen intently to her answer and then offer some criticism. “Do you think that the situation could be better handled if your attitude was more positive?” That manner of speaking is much more acceptable and will likely get your girlfriend thinking instead of angry.

Be objective. Do not come to the conversation from the perspective of I’m going to change her and make her a better person. Realize that you have faults too and think about how it would feel to be in her position. The ability to put the shoe on the other foot will help you stay positive and objective in the conversation rather than personal and defensive.

Point out her good attributes. We aren’t talking about physical attributes here gentlemen. Think about the reasons you wanted her to be your girlfriend in the first place, what made you drawn to her and want her? What personality traits do you love in her? Think about those first and then go into the conversation with those positives waiting in the background. Once you have offered her your thoughts you can then praise her for the many things she does right. This will make it easier for her to listen to your advice.
Men and women are very different creatures, but when both sexes make an effort to understand one another the benefits far outreach the negatives of being honest.