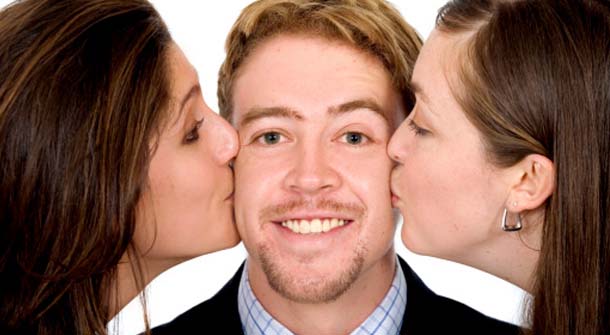 As you are reading this, there are thousands of men across the world in the proverbial doghouse as of the moment. More often than not, it is more than simply “her time of the month”. Just like the tales of old, they were caught with their pants down by their lady. That’s right – they cheated on their relationship. It seems almost amazing how great the number of men who cheat. On average, one in three men cheat on their relationship at one point or another. However, new studies have shown this might not be their fault necessarily. If you have cheated in your relationship, you may have been low on a chemical known as oxytocin.

Do you "suffer" from low oxytocin?

If it is low oxytocin it might not have simply been a lack of self-control or ‘happy feet’. You might have a key to the doghouse door yet. Medical professionals have been familiar with oxytocin for years. It is a hormone released during contractions during birth, and doctors often include it in the process during difficult labor. However, new studies have shown oxytocin has a much greater job in the human physiology. Oxytocin facilitates our relationship bonds and our feeling of ‘interconnectedness’.

Oxytocin is released during sex, intimate touch and other physical manifestations of intimacy. It can also be released during massages. For the most part, oxytocin is responsible for the best feelings known to man, such as the feeling of sexual climax and general well-being.

Well, there’s your science lesson for today. However, it is a tangential matter to the subject at best. The reason is fairly simple. Since it is the main facilitator of intimate bonds, it is also what tends to keep men’s pants up. A high level of oxytocin will typically mean you are satisfied with your relationship, and you will see no reason to go to anybody else. It is a key hormone in creating monogamous relationships.

What happens when your oxytocin dips?

Low oxytocin, on the other hand, can have the opposite effect. Some men have a genetically high disposition to testosterone, the hormone behind sexual aggression and libido. High levels of testosterone often lead to low levels meaning a higher propensity to cheating and a lower intimacy bond with your current lover.

So, if you think you suffer from low levels of oxytocin and that may be the reason your eyes stray you may want to talk to a doctor about your hormonal levels and see if it is a probable cause. Notwithstanding, there are several reasons why men cheat, and it may only be one of the factors. Find out from a medical professional. It may help you and your relationship in more ways than one.