Penis Facts You Didn’t Know That Will Surprise You 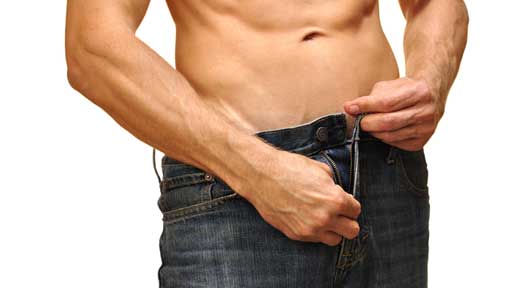 Men get a bad rep for spending too much time thinking, talking, and fantasizing about penis facts. How big it is, its curvature, and how often you get to use it are probably the only things you really know about your manhood. Today, we hope to change things up a bit and give you some education about your, eh, junk.

10 weird penis facts that you probably didn’t know about

1. The spinal cord, not the brain, gives the order for the spasm like orgasm you have during sex. In other words, orgasms aren’t something you can control. Just tell that to your significant other the next time you lift off a little too early. Blame it on the spine.

2. Smoking can shrink the penis by nearly a centimeter. Smoking constricts blood flow and erections are all about blood flow, so when you smoke you are really making your erection less powerful.

3. The average male orgasm lasts a total of 6 seconds.

4. The penis comes in two models. One type grows with an erection, the other stays at its full size on a continuous basis.

5. Semen is great for depression. Penises carry mood altering chemicals that release endorphins and increase neuro-transmitter production in the recipient of said sperm. Great to know. Also could be used as a pick up line.

6. The penis is adversely affected by a lack of erections. Research shows that penile tissues becomes less elastic and receptive of blood flow without regular erections. This might make better sense of the whole ‘morning wood’ thing.

7. Fetuses have erections. Babies inside of the womb are preparing for life in the outside world, and erections are a part of that preparation.

8. The average guy has 11 erections throughout his day, most of them occurring while he sleeps. Depending on the man, it may take up to 2 weeks for another erection to occur.

10. The word ‘testify’ comes from men in pre-biblical times swearing by their penises. Strange, but nonetheless the facts.

Obviously, there is much to be learned about the penis and these weird facts point out just how strange our manhood truly is.