Reasons Why Men Lie to a Women They Love 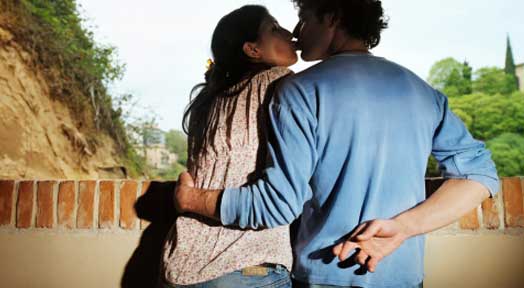 When it comes to women, guys feel impelled to twist the truth from time to time. It can happen for any number of reasons. The fact is that any time you get caught it’s going to turn into a big deal. And guys get caught lying all the time. So why do they still try it? Here are some of the most compelling reasons why men lie to women.

They just want to get laid

First and foremost, men lie when they aren’t serious about a woman. If you aren’t looking to build a long term relationship, then you may not feel any need to build up her trust with good old fashioned honesty. You just want to say whatever will end the evening in the way you were hoping it would end right from the beginning. TV shows are full of guys who end up with girl after girl by feeding them lines that no one could ever possibly believe they would fall for. The truth is that sometimes women are out for the same reason as men, and they may just end up with which ever guy is the most creative even if she knows he’s just feeding her a line. So the number one reason men lie to women is, you guessed it, sex.

They want it all

Guys also lie when they are trying to eat their cake and have it too. They want the long term relationship with the wife, kids, house, and dog, but they also want to fool around with the secretary, house keeper, girl at the gym, etc. Most wives aren’t going to go for that, so it turns into a series of business trips, nights out with the guys, and serious traffic issue that never actually happened. The second reason men lie to women? Also sex, but this time with another woman.

They want to spare your feelings

Finally, guys know that there are certain questions that can’t be answered honestly. Does this make me look fat? What do you think about my new haircut? Do you like spending time with my family? There’s no end to the questions women ask that are traps. You either have to lie, or get relegated to the couch. So men carefully word their answers to avoid sounding insincere, but not telling the brutal truth. The reason again? Of course it’s sex. Sure you also want her to feel good about herself, but you also know that she isn’t inviting you to the bedroom if you give the wrong answer.

I guess in the end there are many different angles, but really only one reason that men lie to women.