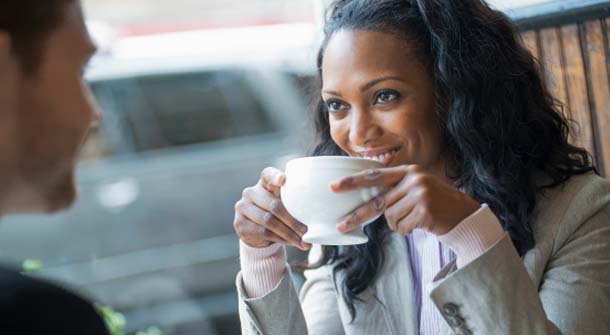 Best ways to find out if a woman likes you

She Touches You Frequently

When a woman is feeling interested in a man she will oftentimes touch him, a subconscious way of conveying her affections and strengthening a bond with the man. Whether it is laying a hand on your arm as you walk together, touching your hand across a dinner table or ruffling your hair as she laughs at a joke of yours… touching is a key way a woman lets a man know that she is attracted to him.

Nervousness is a frequent sign of a woman’s interest in a man and this can present itself as fluttering eyelashes, nibbling lips, biting fingernails, etc. When a woman is attracted to a man she will tend to worry if she’s saying the right thing or if you’re interested in her and this is when she begins to bite her nails or flutter her eyelashes as a way to “release” the nervousness. If a woman is doing this is a usually a sign that she’s interested, but worrying if things will work out.

She is Willing to Laugh at Your Lame Jokes

They say that laughter is a great way to worm your way into a woman’s heart… so men will oftentimes try to do so with a few less than funny jokes. If a woman laughs (eyes wide and grinning) even when the joke isn’t very funny, it is usually a safe bet that she likes you and is therefore trying to make an effort to show that affection by not making you feel bad at a horrible joke. Now if she’s giving a nervous, less than boisterous laugh it could be that she’s not as interested and is feeling awkward and wondering how to get away without hurting your feelings.

She Leans Towards Your Body While Talking

A woman’s body language is one way that you can tell a lot about her and how she feels about you. If the woman is feeling the attraction she will subconsciously lean her body into yours when she is with you. This could be a subtle shift of her legs so they are pointing in your direction, her tilting her body nearer to yours as you stand near each other or gently pressing a hip/shoulder against yours while sitting together at lunch.