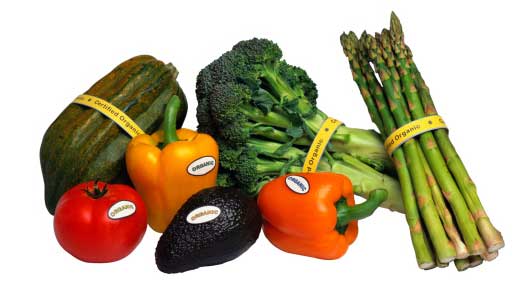 Walking around most supermarket produce sections these days and you might think you’re seeing double. Carrots appear alongside, well, carrots and one is priced more than the other. The same thing happens with just about everything else in the fresh produce area, and the dairy aisle, and, in some markets, even the chips and cracker aisle. What gives? Why are some products offered as organics and others aren’t? And who decides?

The organic craze at the produce aisle is it false and who's in charge?

The short answer is you’re in charge. As consumers become (thankfully) more concerned with the source of their food, organically raised produce, dairy, meats and other products have experienced a lift in popularity. If you’re not familiar with organic food processing – it essentially means that the raw ingredients are not chemically modified with man-made pesticides, antibiotics, ripening agents and other potentially harmful non-natural treatments. It’s an important consideration for all of us as we age, because every time we ingest potentially harmful ingredients, we up our risk for disease, premature aging and even early death.

Not all products that say organic are organic at the produce aisle.

With all that you’d think everything in the market would be organic, right? Well, there is a catch. Raising and growing foods according to organic methods has historically been more expensive. Although organic practices are becoming more mainstream, and thereby more affordable, it’s still not as cheap as pumping a tomato plant full of deadly bug poison, picking tomatoes early and then spraying them with a ripening agent to turn them red. But, as a consumer, you hold the greatest power to change that. Simply by declaring your preference for organic goods, you can help shift the way your market stocks its shelves.

Remember supermarket are in the business to make money.

Think of it this way. Like any business, supermarkets only make money on the items they can sell. If an item goes bad before it can be sold, the store loses money on it. If week after week, the store is throwing out the conventional produce and most of the organic produce has been sold, then the following week, they’d be smart to change their produce order to be skewed in favor of organic goods. It’s in this way that you have more of a say-so in the decision than you may have thought.