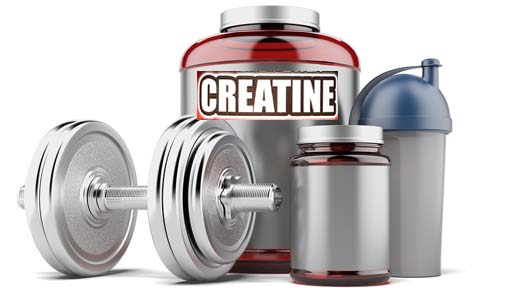 Exercise and physical fitness are both two vital aspects of everyday health and well-being, and it’s certainly no secret that those that regularly exercise and workout, are often generally considered healthier than those that don’t. Sometimes when we workout however, we need a little extra help to enable us to really maximize our potential, and get the most out of each session, and that’s where sports supplements come into play so what's side effects of creatine.

What are the side effects of creatine?

One supplement in particular, which is considered to be one of the most beneficial, and is actually the 2nd best selling product behind whey protein, is creatine. Creatine is a natural compound found in our bodies, which helps transport energy to the cells which in turn enables us to exercise for longer before we get fatigued. Some people that have no idea what they’re talking about, actually refer to creatine as a steroid. This is absolute nonsense and if you ever hear anybody referring to it as such, you should pay no attention in the slightest. It may not be a steroid, but it is a pretty potent supplement, and there are a few potential side effects of creatine to be aware of.

Now, this isn’t directly linked to the creatine itself, but rather to the fact that when you first begin taking this supplement, you’re advised to do what is known as a ‘loading phase’ in which you saturate your muscles with the creatine itself. You do this by consuming creatine five times a day, for 5 days on average. Each time you consume the creatine, you should mix it with at least 200ml of water. As you’re drinking around 1000ml more water a day than you would usually, your bladder becomes full more frequently, and you need to urinate as a result.

Creatine draws water from other parts of the body, and actually forces the muscles to hold more as a result. It also causes the body to retain more water, so you may gain weight and will retain water and may look and feel slightly bloated afterwards. Now, the weight you gain will be nothing more than water retention, but it can be psychologically damaging when you step on the scales and see that you’ve gained weight.

This side effect is not proven 100% to be true yet, and studies are still being conducted, as others in the past have had conflicting results and reports. This shouldn’t be taken as gospel by any means, but it is worth noting, especially if you suffer from kidney problems. Some people believe that excess creatine in the body puts extra strain on the kidneys, which could lead to kidney disease, or exasperate it. Again, this isn’t proven, but it is worth considering.