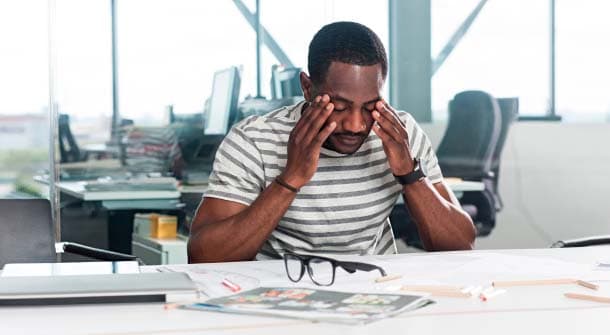 Are you one of those people who seems to get a cold every month or get the flu a couple of times a year? If you are, it might be a sign that your body’s immune system isn’t working as well as it should to help defend itself from viruses, germs and the like. During the cold/flu season having a high immune response is a good thing, so here are some reasons you might have a decreased immune system that is causing all your health problems.

You Eat Too Much Sugar

We all crave sweets now and then, and in moderation they aren’t too bad for our bodies, but in large quantities sugar can play havoc on our bodies, including out immune response. One study published in the American Journal of Clinical Nutrition found that eating 100 grams of refined sugar can hinder the natural process of the body, causing your immune system to be less than optimal for up to 5 hours after eating the sugar.

How many times have you heard a doctor prescribe bed rest and lots of fluids when a person is sick? Probably a lot, right? Well the reason is because water helps to flush the body of harmful substances in the body from toxins to bacteria and more. If you aren’t drinking enough water you are depriving your body of the thing it needs to work properly.

Did you know that a significant portion of the people who develop swine flu share one common characteristic… they have a BMI of over 40? Being overweight, especially obese, can cause your body to work at less than peak efficiency while causing some organs or functions to overwork themselves to ensure proper health. When your body isn’t working right due to weight, the immune system is as able to fight off a virus as one that is in a 20 year old man in the best shape of his life.

Stress can oftentimes get marginalized into being a minor emotional problem that can be ignored and discarded, but it can cause the body to have a lowered immune response. Stress overworks the body, causing it to be less able to effectively fight on oncoming virus while it simultaneously deals with the immediate symptoms of stress as well as the long term ones.