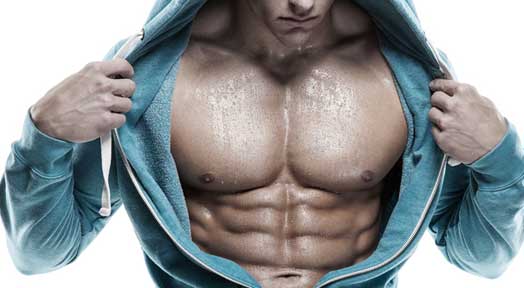 We all dream about getting in shape and building a muscle bound, lean, ripped, physique to be proud of, but for many of us, that all it is, a dream. Even for those who are willing to put the hard work in and workout the natural way without the help of human growth hormone achieving these results is not easy and certainly doesn’t happen overnight.

Many of you interested in bodybuilding, sports science, and exercise, may very well have heard of Human growth hormone (HGH) on numerous occasions. HGH is a compound naturally produced in the body, thanks to the endocrine system. The pituitary gland in the base actually secretes this hormone, as well as many others. HGH has so many benefits however, and is ideal for decreasing body fat, increasing lean muscle mass, strengthening the bones, aiding in recovery, and much more on top of that. Injections of this hormone can be administered, but there are ways of naturally increasing it as well.

When you’re in the gym, rather than doing a basic, 4 sets of 8 reps, with 2 or 3 minutes rest in between sets, follow a high intensity routine instead. That means holding the weight slowly on the negative part of the rep, exploding upwards on the positive, and much less rest in between sets. This works by engaging fast twitch muscle fibers in the body, which have been shown to naturally encourage the release of HGH into the body.

The amino acids contained in protein can help to boost HGH levels. Amino acid supplements can also be used in conjunction with a solid diet, but whole foods always beat supplements every single time. Try to eat a high protein snack shortly before you go to bed, the protein and amino acids will fuel your muscles, and encourage the brain to secrete more HGH.

Keep carbs low in the evening and post workout

In the evening, if you consume carbohydrates late on, your insulin levels will be kept much lower, resulting in them not inhibiting the hormone from doing its job. After your workouts, it’s also important to avoid sugars for at least an hour, as it can encourage your hypothalamus to release a compound known as somatostatin, which decreases the levels of HGH inside the body. These simple sugars also cause insulin levels to rise, which also affects the efficiency of HGH.

Get plenty of rest

Getting a good night’s sleep encourages the body to repair itself and build muscle much quicker than usual. Optimal amounts of sleep, around 8 hours, have also been shown to increase the levels of HGH produced naturally inside the body.