Male Menopause Not a Myth Just a Reality 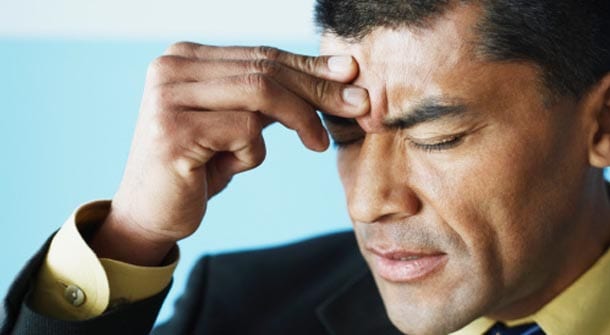 A lot of men will chalk it up to “just getting older” but in reality, there is a noticeable physiological change that occurs in men between the ages of 35 and 55 that some have named male menopause.

The reason this shift in hormones and bodily function doesn’t get as much press as female menopause is because, in men, it’s a much more gradual process and a lot harder to pinpoint. In women, menopause is a very noticeable and predictable collection of symptoms that all occur within the same 4- to 5-year age window (generally between 40 and 45).

In men, symptoms of decreased hormone production, slower cell regeneration and decreased nervous system function can happen as early as 35 or as late as the mid 50s. And, once it begins, it’s a very gradual process. So much so that it can take several years before an individual man starts noticing the signs that his aging process has accelerated.

Male menopause can start with symptoms as slight as poor concentration with no obvious explanation, or excessive moodiness or drastic mood swings. Some men just believe this is caused by too much stress at work or needing to cut back on caffeine. And, while it’s a good idea to resolve those issues, it is often something more. When the brain is no longer getting the same levels of hormones it once was, it can affect the rate at which synapses fire and mental alertness.

Other signs of accelerated aging in men include low libido, weight gain and a slowing in beard or hair growth. All of these are linked to decreased production of testosterone in the body. Without normally robust levels of testosterone, the body dials back production of hair and slows metabolism. Men find themselves shaving or getting haircuts less often and putting on a little pound here and there even though there’s been no change to their diet or exercise routine.

Low libido often is attributed to being tired, or, in some cases, men mistake this as a sign that their relationships are no longer thrilling or their mates are no longer sexually attractive. They begin searching for a new partner in the belief that the “spark” will return with new stimulation. Sadly, a great number of these men are left feeling unfulfilled when years later, they’re still feeling the effects of a lower sex drive and they now are lonely on top of it.

If you’re concerned that you may be experiencing male menopause, the best thing you can do is consult your physician for some testing. He or she will draw blood and run a baseline for hormone levels as well as liver and kidney function, blood sugar, cholesterol and various disease panels. If these all present as normal, then you and your doctor may discuss moderate changes you might make to your exercise, diet or sleep patterns that can help battle slightly waning hormone levels that may still be within acceptable norms. You can also try a number of herbal formulas shown to safely stimulate testosterone production and energy metabolism to counteract any dip that may be occurring.