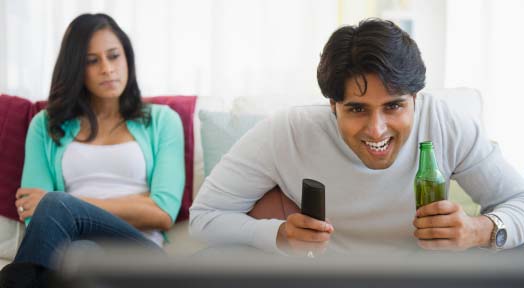 It’s a question that men have been asking for decades. Does watching TV actually lower your sperm count? Answering that question starts with the studies that have been conducted on this subject. However, there is little doubt that the semen count in men has declined in recent decades.

One recent study in that occurred from 2009 to 2010 studied the lower semen count in men as it relates to watching TV. Nearly 200 men took part in this study and they were given two separate tasks to complete on a weekly basis. One hour was devoted to moderate to vigorous exercise while another hour was spent watching TV, videos or DVDs.

The study took place over a 3 month period where a questionnaire was used to gather information about their activities. Their sperm quality was also measured in terms of morphology, concentration and total count.

At the end of the 3 months, the data was gathered and the results showed that physical activity and sperm count coincide with each other. The times in which the men engaged in moderate to heavy physical activity resulted in nearly 75% higher than those who did not engage in such activity.

In terms of a direct correlation, watching TV alone does not actually lower the it. It is the inactivity caused by sitting and watching TV that actually affects the number of sperm. This means that increasing physical activity levels may have a positive effect on increasing the it while engaging in a more sedentary lifestyle may lead to a lower sperm count.

There is no evidence that the TV itself is the cause for lowering sperm count, only the lack of activity that is present when watching TV.
What is Recommended to Raise Sperm Count?

Obviously, engaging in more physical activity, especially moderate to vigorous physical exercises may indeed make a difference. Such physical activity does not need to be high impact, but instead needs to engage the cardiovascular system to help boost the overall heart rate.